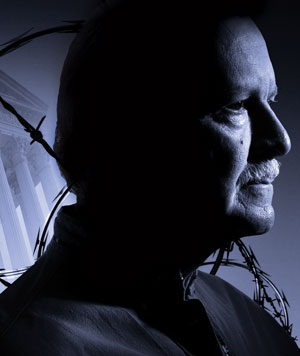 Advocates for immigrant minors have recently alleged in federal court that the government is giving powerful psychiatric medications to immigrant minors without the permission of parents, guardians or a court.

In a memorandum supporting their motion to reopen Flores v. Reno, the plaintiffs argue that administering psychiatric medications is part of a broader program to avoid releasing the children and teens. Parents are not asked for permission, nor do the facilities seek an alternative authorization under state child welfare laws, says plaintiffs’ attorney Carlos Holguín of the Center for Human Rights and Constitutional Law in Los Angeles.

“They just have somebody at the facility give pro forma consent,” says Holguín, general counsel to the Center. “There is no process we’ve been able to discern about any kind of procedural checks against improper administration of psychotropics.”

A spokesperson for the Department of Health and Human Services told the ABA Journal via email that it has a policy against commenting on pending litigation. No response yet shows in the case’s docket. A hearing on the matter is set for June 29 in Los Angeles federal court.

The memorandum, filed April 16, supports a motion to enforce the 1997 settlement in Flores v. Reno. That agreement is the major legal document governing the rights of unaccompanied immigrant minors, and among other things, it requires federal authorities to comply with all applicable child welfare laws of the state in which the facility is located.

But according to the memorandum, HHS is violating that provision by routinely putting the minors on multiple psychiatric medications. Holguín says many of the minors do arrive with post-traumatic stress disorder or other problems related to the situations they’re fleeing in their home countries. However, he says, the kids are often given multiple psychotropic medications, a practice that is not favored because of the multiple side effects they can have. Indeed, some of the plaintiff minors report excessive weight gain, lethargy and inability to walk.

Those minors who refuse to take the medications are told refusing will prolong their detention, Holguín says. The memorandum also cites multiple affidavits saying kids who refuse the medications may be forcibly injected or have pills forced down their throats. There is no review process for children or family members who object.

“The importance of oversight when giving psychotropic medications to children is well established,” says the memorandum. “Without it, the potential for abuse—including using drugs as ‘chemical straight-jackets’ to control children, rather than to treat actual mental health needs—is unacceptably high.”

The memorandum argues that this is part of a set of policies and procedures that prolong the minors’ detention, which also violates the Flores settlement. The settlement requires minors to be released to parents or guardians when possible, or kept in a state-licensed facility for dependent children when no relative is available. However, it says, HHS delays placement with willing and vetted family unnecessarily. Federal authorities were concerned that one plaintiff’s mother would be unable to care for him because she had had cancer.

It also has a practice of “stepping up” kids to psychiatric facilities or secure facilities that resemble juvenile prisons. As with the medications, there is no administrative review and no notice to the minors’ parents or lawyers, the plaintiffs say. This prolongs their detention considerably, because a doctor or HHS official must approve their release from those facilities, and that approval takes “many weeks.”

“Such a continuum of trauma would not be inflicted today on any other population,” the memorandum says. “But ORR detains immigrant and refugee children and freely exalts its own administrative convenience to deny basic protections the settlement confers.”

The Flores settlement has been reopened multiple times in its 21-year history. Holguín says the government currently has an appeal pending on the release of minors who are accompanied by adult family members.