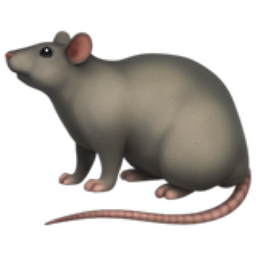 A Las Vegas criminal defense lawyer is being held without bail after her arrest Tuesday for allegedly making threats on Facebook in posts that discussed a “snitch” and used a rat emoji.

Alexis Plunkett, 38, is charged with bribing or intimidating a witness and dissuading or preventing a person from testifying, report the Las Vegas Review-Journal and the Associated Press.

A redacted arrest report alleged that Plunkett made the threats with the rat emoji on at least two Facebook pages, one for her law office and the other for the Las Vegas Review-Journal.

The report said Plunkett used a pseudonym to write in the comments section on the newspaper’s page. In one of her comments, Plunkett allegedly posted a woman’s mug shot and wrote: “This nasty creature is a known snitch.”

The report also alleges that Plunkett sent text messages about the woman.

Plunkett was previously charged with providing a cellphone to inmates. Plunkett had said she gave the phone to her then-boyfriend and client, Andrew Arevalo, and she thought it was permissible because she used the phone to discuss bail with him.

In December, prosecutors sought to revoke Plunkett’s bail in the cellphone case because she allegedly threatened to have Arevalo killed in a group text with five other lawyers, the Las Vegas Review-Journal previously reported. “I’ve placed hits in every Nevada prison on Andrew with every homie and lifer I know,” Plunkett allegedly wrote. A judge allowed Plunkett to remain free.

One of Plunkett’s lawyers said the “hits” comment was “mere hyperbole.”

ABA Journal: “Emojis head to a courthouse near you”

Next:
Former DA gets license probation; he denied telling defense lawyers he'd 'make sure they never got hired' again