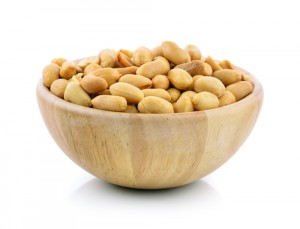 An ethics complaint against a Miami lawyer for alleged frivolous claims in litigation alleges his misconduct extended to a false 911 call about an assault with peanuts and pistachios by opposing counsel.

The lawyer, Bernardo Roman III, is accused of telling the 911 operator that his assistant was the victim of a “battery” by opposing counsel who put peanuts and pistachios in her face and on her food even though he had been told about her nut allergy.

The Miami Herald and the Recorder (sub. req.) have stories on the complaint (PDF), which also alleges Roman made frivolous claims and presented false allegations in three lawsuits against two lawyers. The opposing counsel Roman accused in the nut incident, Paul Calli, represented the two lawyers Roman had sued.

“The minute he found out that one of my assistants was allergic to peanuts and to pistachios, he just grabbed a bunch of them, put them in front of her face, and then put them on her food,” Roman said of Calli in the 911 call in June 2013.

In reality, the complaint says, a retired judge overseeing the deposition had placed peanuts on the conference room table, and when Roman’s assistant said she was allergic to nuts, the bowl was removed. The judge replaced the peanuts with pistachios, but the assistant said she was allergic to those too. The bowl was moved to the back of the conference room and then to the reception area.

The assistant told police she didn’t believe anyone at the deposition tried to cause her to suffer an allergic reaction. She also indicated that Roman became angry when she declined to change her story or press charges, the ethics complaint says. She was later fired.

Roman had represented the Miccosukee tribe in lawsuits against their former lawyers, Guy Lewis and Michael Tein, that alleged overbilling and a kickback scheme. All three suits were tossed after judges found the allegations were unfounded, according to the story by the Recorder.

A federal judge had ordered Roman and the tribe to pay about $1 million in sanctions in one of the tossed suits. In May, the Miccosukee tribe agreed to pay $4 million to cover Lewis and Tein’s attorney fees in the failed suits.

Roman told the Miami Herald in a statement that he was zealously representing his client. “Unfortunately, these cases were dismissed on procedural technicalities and the real victims never obtained the justice they deserved,” he said.