Lawyer is reprimanded for suggesting discipline official should do this 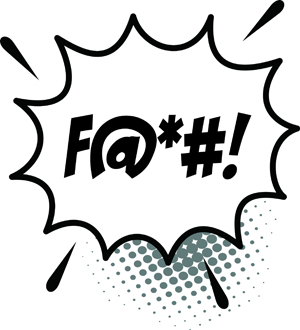 Updated: A New Jersey lawyer has been reprimanded for suggesting in two emails that a legal discipline official should “f**k” himself.

According to a report last April 10 by the Disciplinary Review Board, Rychel suggested that the director of the Office of Attorney Ethics should “go f**k him self [sic]” in an email to the director, Charles Centinaro, and in an email to an OAE investigator. The emails were sent minutes apart in November 2012.

“This is a f*****g atrocity that an honest law-abiding attorney should have to go through this s**t !!!!!,” Rychel said in all caps in an email to the OAE investigator, according to the report. “Tell Charles Centinaro that I said to go f **k him self [sic] !!!!!!!! Quote me in your report!!!!!!! No offense against you, I know you’re a decent honest guy.”

Rychel testified he sent the second email to Centinaro because he was afraid the investigator would not relay his message.

Rychel had testified he sent the emails because he perceived systemwide corruption by ethics officials who handled his claims of wrongdoing, and he was troubled that his grievances had been dismissed.

Rychel stipulated that his language in the Centinaro email was “emotive,” discourteous and lacking in civility. He said he was willing to receive a reprimand because he no longer practices law, though he preferred an admonishment.

Rychel told the ABA Journal in an email that he believes there is favoritism and corruption in the discipline system. He says one disciplinary official acknowledged to him that some lawyers get favorable treatment based on the identity of their defense counsel, and the official labeled the phenomenon the “the name counsel defense.”

He also said discipline authorities “just brushed under the table the fact that I was being extorted to hide runner activity” by a fellow lawyer who implied he would make damaging allegations about Rychel.

Rychel says he has recordings in which the discipline official made the admissions about name counsel and in which the lawyer made the implied threat.

“I’ve been at this fight for almost a decade,” he said. “I’ve been driven out of law practice and still I persevere.”

The OAE lawyer on the tape, Lee Gronikowski, says he has not worked at the agency for six years, and the taped comment was made long ago. “I suppose it would be more accurate to say: The better and more well known the defense counsel, the better the outcome in general,” he told the ABA Journal in an email.

Judiciary spokesman Pete McAleer gave this statement to the ABA Journal: “Mr. Rychel’s allegations of corruption were presented to and considered by both the Disciplinary Review Board and the New Jersey Supreme Court, neither of which granted his request that the complaint against him be dismissed. We of course rebut any allegation that the attorney disciplinary system is corrupt.”

Rychel said the disciplinary review board and state supreme court did not conduct an independent investigation into the factual basis of his allegations of corruption and favoritism. “Really they treated me as though I don’t count,” he said in an email to the ABA Journal.