By Joseph Neff, The Marshall Project 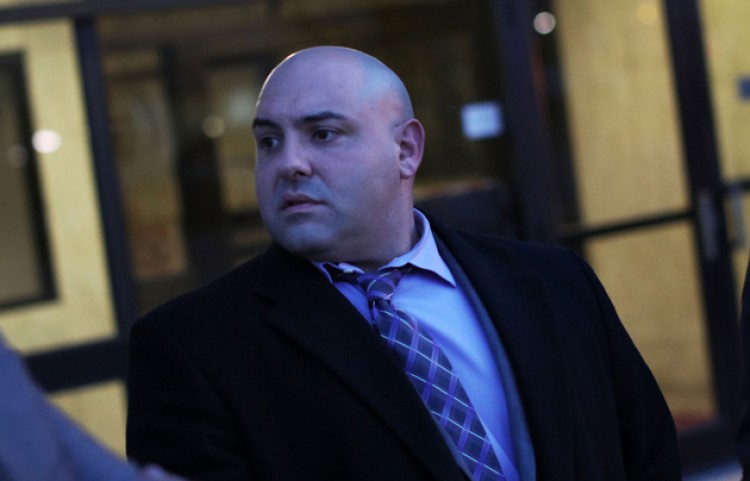 Patrick Megaro, an attorney, outside the federal courthouse in Raleigh, North Carolina, after a 2017 hearing ​​about his legal fees for representing Leon Brown and Henry McCollum./Travis Dove for The Marshall Project.

The North Carolina State Bar is investigating a Florida lawyer for his treatment of two mentally disabled clients who spent 31 years in prison before being declared innocent.

Henry McCollum and his half-brother, Leon Brown, were exonerated in 2014 after serving decades in prison for the notorious rape and murder of an 11-year-old girl. They received $750,000 each from the state in compensation.

After they were freed, lawyer Patrick Megaro pocketed a third of each award despite having done virtually no work on the exonerations or pardons the men received in 2015. He approved loans at 42 percent interest for the brothers and a $20,000 payment to two women, self-described advocates for the brothers who brought Megaro the case.

The Marshall Project detailed the brothers’ plight in a story in the New York Times.

McCollum’s court-appointed guardian removed Megaro from the case in mid-April. High-powered Washington, D.C., law firm Hogan Lovells, where U.S. Supreme Court Chief Justice John G. Roberts once practiced, now will be representing him for free in his lawsuits against the police agencies who allegedly wronged him.

“We are honored to be representing Henry in this important case,” said Cate Stetson, a partner in the firm. “We hope to bring him some measure of justice for the wrongs he’s suffered.”

Megaro did not respond to requests for comment. He is still representing Brown, McCollum’s half-brother. Duane Gilliam, a Fayetteville, North Carolina, lawyer who is Brown’s legal guardian, did not return phone calls inquiring about Megaro’s status.

The state bar is looking into at least two complaints against Megaro in connection with the McCollum case, said lawyer Ken Rose, who represented McCollum for 20 years when he was on death row. Rose said he filed a complaint earlier this year and was told the bar was already probing the Florida lawyer.

The president of North Carolina Advocates for Justice, an association of criminal defense and plaintiff lawyers, also asked the bar to investigate. This is not Megaro’s first run-in with the bar, which reprimanded him in 2015 for making false and misleading statements about legal services provided through an out-of-state law firm not licensed in North Carolina.

The bar also has a third case pending: An Alamance County woman filed a complaint saying Megaro did nothing after she paid him thousand of dollars to appeal her divorce case. The judge dismissed the appeal after ruling that Megaro “blatantly disregarded” court rules.

Updates sixth paragraph at 2:17 p.m. to show when Megaro was removed from the case.