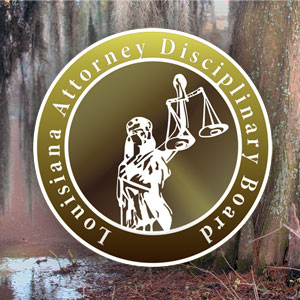 A Louisiana lawyer should be suspended for a year and a day for chest-bumping a district attorney during a spat in a judge’s chambers, according to the Louisiana Attorney Disciplinary Board.

The board recommended the suspension of lawyer Felix Anthony “Andy” DeJean of Baton Rouge in an Aug. 9 filing, report the Legal Profession Blog and the Louisiana Record. The recommendation is based on DeJean’s conviction for misdemeanor battery of the DA, Bradley Burget.

According to the disciplinary board, the chest bump allegedly occurred in March 2015 in an in-chambers meeting that included Burget, the judge, an assistant district attorney and a clerical assistant.

DeJean says he’s innocent and it was Burget who accosted him. “I didn’t touch the guy,” DeJean told the ABA Journal.

According to the ethics charges, the incident occurred as DeJean and the prosecution group was leaving the judge’s chambers. DeJean “exchanged words with the district attorney, physically confronted him and ‘chest bumped’ Mr. Burget twice,” the ethics charges allege.

DeJean was convicted of misdemeanor battery in July 2016 for the incident, the Natchez Democrat and the Concordia Sentinel reported at the time. DeJean testified that Burget was the aggressor and had grabbed him by the throat, while Burget testified DeJean chest-bumped him twice. Burget said he managed to push DeJean away by grabbing him by the throat, which caused DeJean to fall over some chairs.

Burget said DeJean had called him an “[expletive] coward” before the two chest bumps. The assistant DA in the room said she was talking to the judge when the altercation occurred, and she heard but did not see it happen. The judge and her assistant testified that they saw only one chest-bump by DeJean.

DeJean had argued to ethics regulators that simple battery is not a serious crime and a public reprimand is appropriate. The disciplinary board disagreed. DeJean “intentionally violated duties to the public, the legal system, and the profession by engaging in criminal conduct,” the board said.

The board cited as aggravating factors DeJean’s refusal to acknowledge the wrongful nature of his conduct and a prior disciplinary history relating to anger issues. In 2006, his license was placed on probation based on a finding of anger control issues, caused by mental health problems and use of a controlled substance and alcohol. In 2013 he was reprimanded for threatening physical violence against opposing parties during a meeting at his office.

DeJean said he passed a private polygraph test about the March 2015 incident and offered to take a polygraph administered by the state, but prosecutors didn’t take him up on his offer. He filed a civil suit against Burget, but it was tossed based on DeJean’s criminal conviction. The civil case is on appeal.

DeJean said he was convicted in a bench trial by a judge appointed to hear the matter, and he wanted a jury to determine what happened in the civil case. He complained that the conviction had such a far-reaching impact.

“This one person, this one judge, determined my fate” in the civil case and in the disciplinary matter, DeJean said. “When you get a conviction all the [Office of Disciplinary Counsel] has to do is submit the conviction” to show an ethics violation, he said.

DeJean told the ABA Journal that the in-chambers hearing was held to discuss a drug case against his client in Vidalia, Louisiana. Burget had obtained a mistrial after DeJean told jurors that his client had been previously been arrested by the same officers, and Burget had chosen not to prosecute that case.

The in-chambers meeting was held about five weeks after the mistrial. According to DeJean, he complained during the meeting that there should not have been a mistrial, and Burget threw the trial because he knew he was “getting his ass kicked” in court. DeJean acknowledges calling Burget “an f-ing coward” after the mistrial, but says he did not say that in chambers.

After his criminal conviction, DeJean received a six-month suspended sentence and 18 months of probation, according to the Louisiana Record. He was also required to have psychological tests that cost close to $30,000, according to DeJean.

The tests found no substance abuse problem, no bipolar disorder, and no schizophrenia, DeJean said. The test did find that DeJean suffers from attention deficit hyperactivity disorder.

“This has been a very difficult time for me and my family,” DeJean told the ABA Journal. “I didn’t touch the DA, and I’m maintaining my innocence.”