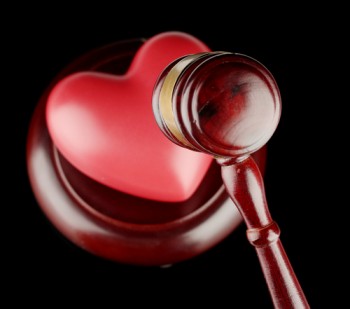 Two Ohio lawyers in a romantic relationship have each received six-month stayed suspensions for discussing client information with each other.

The Ohio Supreme Court issued the stayed suspensions for lawyers Brie Kerr and Thomas Holmes in an Oct. 25 opinion, report Law.com and the Legal Profession Blog. Both had consented to discipline and stipulated to the facts.

The lawyers had begun a relationship after meeting at a conference in November 2014. They both represented public school districts but not the same school districts. They worked at different law firms.

Between January 2015 and November 2016, Kerr and Holmes exchanged more than a dozen emails in which they disclosed client information, including information protected by the work-product doctrine and attorney-client privilege.

Kerr generally forwarded to Holmes emails from her clients seeking legal documents, and Holmes gave Kerr legal documents he had prepared for clients with similar requests. “In about one-third of these email exchanges, Holmes had ultimately completed Kerr’s work for her,” the Ohio Supreme Court said.

Holmes was removed from his law firm in June 2016 after it discovered the disclosure of confidential client information, according to the Ohio Supreme Court opinion. A partner filed an ethics complaint against Holmes and notified Kerr’s firm about the email exchanges. Yet the couple continued to trade information. Kerr resigned from her law firm in November 2016.

Kerr and Holmes stipulated to violating two legal ethics rules. One generally bars disclosure of information related to representation of a client without consent. The other bars conduct that reflects adversely on fitness to practice law.

Prior coverage by Bloomberg Law and the American Lawyer said the couple was engaged.

Experts who spoke with Bloomberg about the case in July said they haven’t seen another case like this.

Lawyers in such situations can ask for help without revealing client confidences, according to Douglas Richmond, the managing director and loss prevention leader in the professional services group of Aon Risk Solutions.

“All Lawyer A had to do was ask Lawyer B something like, ‘Hey, I need X kind of document. Do you have a form you can share with me?’ Lawyer B could then have sent Lawyer A the requested document after redacting any client information,” Richmond told Bloomberg. “They never needed to identify or discuss clients.”