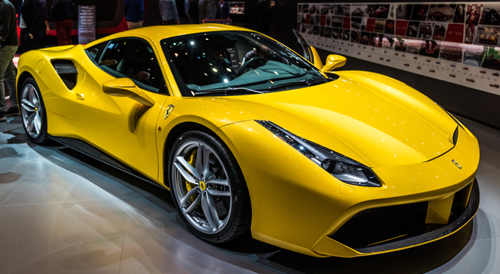 A lawyer has filed a lawsuit claiming the parking attendant at a St. Petersburg, Florida, hotel gave his $300,000 yellow Ferrari to a man who asked for the car despite being unable to produce the valet ticket.

The plaintiff is James “Skip” Fowler, a 73-year-old senior partner at Fowler, O’Quinn, Feeney & Sneed in Orlando, the Tampa Bay Times reports in a story summarized by the Associated Press.

Fowler says he “spent significant sums” on car inspections, repairs and legal fees as a result of negligence by the hotel and parking operator, and which reduced his car’s value.

The man accused of taking the vehicle, Levi Miles, told police he technically didn’t steal the car because the valet gave him the keys. Miles said he asked for the car to impress a woman he had just met.

According to the police report, Miles acted impatient when he demanded the car keys. He told the valet the ticket was in the car and he would bring it back. Instead, he and the woman sat in the car a while before Miles drove off.

Police said they pulled the car over because the taillights weren’t working and Miles appeared to have difficulty driving the car. He has been charged with grand theft, possession of cocaine, and habitually driving on a suspended or revoked license, according to the Times.