Ari Kaplan recently spoke with Philipp Kadelbach, the founder of Flightright, an automated service that helps passengers check and assert their compensation claims in Europe.

Ari Kaplan: Tell us about your background and the genesis of Flightright.

Philipp Kadelbach: I am a trained lawyer and worked in IT law. One trip, I few to Amsterdam from Berlin and my flight was significantly delayed. Then, on my way back, it was canceled. Following that experience, I researched passenger rights and discovered European Regulation 261/2004. I had never heard of it and immediately saw an opportunity for a business because it seemed that airlines were not following that rule. Nobody else even knew about it, so we built a system around this law for passengers, which became Flightright.

Ari Kaplan: How does Flightright work?

Philipp Kadelbach: It is as easy as booking an airline reservation. If you were on a flight that was canceled, delayed more than three hours or overbooked, resulting in your inability to board, visit our website. Enter some basic information about your flight, and our system will automatically determine whether you are eligible for compensation under the regulation and the potential amount of your claim. After that, you need to spend about three minutes answering a few more questions, push a button to hire us, and we will try to collect the money from the airline. If they do not reply or refuse to pay, our attorneys will take the company to court. We operate on a “no win, no fee” basis, under which clients only pay us 30% of the amount we recover from the airline.

Ari Kaplan: Is Flightright a law firm or a legal technology company?

Philipp Kadelbach: We are actually considered a collection agency because in Germany, only collection agencies are allowed to operate on a “no win, no fee” model, which means that Flightright is not allowed to go to court. Whenever we need a lawyer to make an appearance, we refer the matter to a contract lawyer within our network who integrates the technology and processes we use to predict the outcome of our cases and manage our risk.

Ari Kaplan: Where is Flightright available? 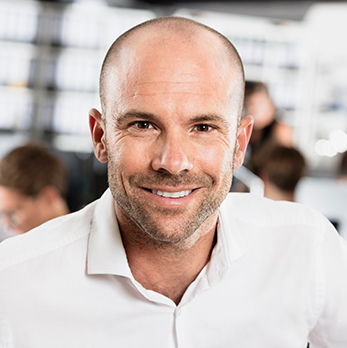 Philipp Kadelbach: We are located in Germany and have local websites in the major European countries. We also have a dot-com domain so that anyone in the world, including U.S. citizens, who meets certain criteria may be eligible for compensation, which one can verify using the compensation calculator at Flightright.com.

Ari Kaplan: You were a practicing lawyer when you had this idea. How did you build the system?

Philipp Kadelbach: To build a repeatable system like this, you must move beyond what you normally do as a lawyer because most work is based on the assumption that every case is unique and governed by different laws and levels of proof. We needed to structure a legal process into lots of “yes” and “no” questions, so my background as an IT lawyer was very helpful in defining the processes and technology we needed. We started with an MVP (minimum viable product) and have been updating our systems ever since.

Ari Kaplan: How do you keep your database current?

Philipp Kadelbach: Data is a super important issue for us because we rely on daily incident reports and real-time flight data. We have different sources for this information and our own internal system repeatedly checks, corrects and interprets data. Every day, we process more than 2 million data points to determine, for example, whether a flight is delayed more than three hours and which airline is responsible.

Ari Kaplan: How do you market your services?

Philipp Kadelbach: We started in Germany with our own marketing department and a focus on search engine optimization. We have also always had very good relations with the press because we address a consumer topic and were pioneers in this space. As a result, the media really helped us become a well-known brand in Germany and, later, throughout Europe. We now advertise on television and Facebook, and are constantly testing new options.

Ari Kaplan: Do you see a spike in usage over the summer given the increase in European travel?

Philipp Kadelbach: Absolutely. The summer is our Christmas. Our activity doubled last year and tripled throughout the summer. We really pile up a huge backlog of cases at the end of the summer, which we try to normalize throughout the winter. Last year, we had twice as many cases as we planned for, but this is a calmer summer, so our current backlog is manageable.

Ari Kaplan: Are there certain types of cases for which technology is not well-suited?

Philipp Kadelbach: The regulation under which we operate is very standardized and we have been doing this work for nine years, so our technology really gives us quite an accurate level of predictability, which is why we have such a high success rate in court. Sometimes, however, if we get the data wrong or the technology cannot effectively assist because the case is uniquely individualized, we may not prevail. Ultimately, for matters related to the 261 regulation, technology is super helpful, and I cannot imagine any field where technology, at least in a support function, does not offer value.

Philipp Kadelbach: It definitely makes lawyers more efficient. We managed more than half a million cases last year with quite a low number of lawyers, which is something one could not have imagined 10-15 years ago. The information our compensation calculator provides about whether a traveler is entitled to a claim is information only a lawyer could once offer by conducting research, comparing the results to the facts and then making a determination. In standardized areas like that, technology can now do what lawyers were exclusively able to do for years.