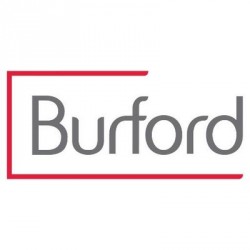 Burford announced the $160 million deal in a Wednesday press release. According to the press release, the acquisition, which contains an additional $15 million in contingencies, creates a litigation funding giant with a combined $1.2 billion in investments. The press release states that Gerchen Keller’s founding principals will take on management roles at Burford and the combined company will boast more than 80 employees, including 40 lawyers.

“Burford and Gerchen Keller are widely regarded as the world’s two leading litigation finance providers,” Burford CEO Christopher Bogart said in the press release. “We know each other well and we approach the legal market in similar ways. The opportunity to combine the largest public player and the largest private capital manager is unique and will create the clear leader in this rapidly growing and evolving industry.”

Bogart also said that both companies’ shareholders will benefit from the deal, which combines two highly experienced litigation funding firms.

Gerchen Keller CEO Adam Gerchen added that his company was “excited to be joining with the Burford team to lead our industry into the future together.” According to the press release, Gerchen Keller is projected to earn $9.1 million in operating profit in 2016 on $15.4 million in income.

Litigation funding has been on the rise, as of late. According to the New York Times, Burford has closed a couple of high-profile deals in the last two years: a $30 million commitment to the Hausfeld law firm last year to expand its operations in Germany and a $100 million deal from earlier this year with an unnamed large firm. As the Times reports, business has been good for Burford. Last year, the company reported revenues of $103 million, an increase from the previous year’s mark of $82 million. The company also reported pretax profits of $67 million.