Love Your Lawyer Day will be celebrated with synchronized tweets 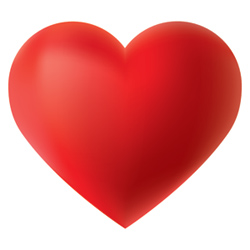 Mark your calendars and set your watches. Friday, Nov. 4, is Love Your Lawyer Day—and 11:04 a.m. is the “unity time” to post tweets using the hashtag #LoveYourLawyerDay.


The idea is to tweet or post on social media at 11:04 a.m. in your local time zone, says lawyer marketer Nader Anise, who created the group that created the day. With differing time zones, Anise tells the ABA Journal, “it will actually trend several times.” In a press release here, Anise calls the social-media push “a worldwide hashtag-aganza!”

Avvo is among the law-related companies joining in the celebration with their own special events, Anise says.

Avvo is “turning it around a little bit,” by emphasizing in an article how lawyers who show their love to clients are rewarded with their clients’ love in return, Anise says. The story, which will be posted at Avvo’s Lawyernomics Resource Center, will use client reviews that demonstrate the idea, according to Avvo spokesperson Diane Geurts.

“The post highlights what exactly each lawyer did to win such a stellar review from their client, and then identifies which Laws of Attraction the lawyer leveraged based on the review,” Geurts tells the ABA Journal in an email. “It’s a fun piece.”

The emphasis on lawyer giving is in keeping with the spirit of Love Your Lawyer Day, which isn’t just about lawyers reaping praise from clients, Anise says. Lawyers are being asked to give back on the day, in the form of an hour of pro bono work or a donation to their favorite charity.

“Also, let’s cut out the lawyer jokes” on Friday, “at least the nasty ones,” Anise says. In fact, a lawyer joke was how Love Your Lawyer Day got started.

Anise set out to help change the negative perception of lawyers after hearing a particularly nasty lawyer joke. He created the American Lawyers Public Image Association in 2000 and started Love Your Lawyer Day the next year.

Publicity for the day took off last year when the Wall Street Journal published a front-page article about the event. The ABA Law Practice Division also passed a resolution last year calling for recognition of the day as a way to celebrate lawyers and express gratitude for their contributions.