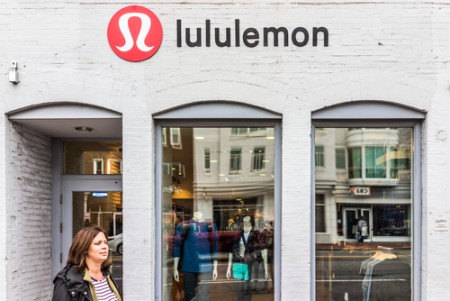 Lululemon Athletica claims in a federal lawsuit that Under Armour infringed its patents on a sports bra design that incorporates four criss-cross straps in the back.

The suit (PDF) claims Under Armour is using Lululemon’s patented design on four of its sports bras.

Intellectual property experts tell the Washington Post that it’s difficult and expensive to obtain design patents, and infringement lawsuits are rare in the fashion industry.

It can take a year and a half to get the patent, says Miami intellectual property lawyer Laura Ganoza. “That’s a lifetime in the fashion industry, where the lifespan of an article of clothing is a season, if you’re lucky,” she told the Post.

Intellectual property lawyer Christopher Larus of Minneapolis tells the Post that, if the case moves forward, he expects “a fair amount of focus on whether Lululemon’s designs are truly novel, or whether this is something that’s been done before.”

Under Armour issued a statement in response to the suit. “Under Armour as a leading brand in the sports performance market takes the intellectual property rights of others very seriously.”