Mary Jo White to step down as SEC chair, opening door to dismantling of Dodd-Frank 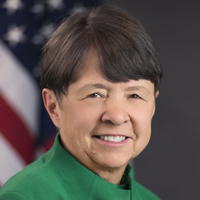 Mary Jo White is leaving her job as chair of the Securities and Exchange Commission.


White announced Monday that she will resign at the end of President Barack Obama’s term, despite having three years left on her current term. The move will free up President-elect Donald Trump—who has promised to water down if not eliminate the Dodd-Frank financial reform law that created the Consumer Financial Protection Bureau— to appoint his own SEC chair.

According to the Washington Post, Trump has already appointed Paul Atkins, a former SEC commissioner under George W. Bush who is an outspoken opponent of Dodd-Frank, to head the SEC’s transition.

“I am very proud of our three consecutive years of record enforcement actions, dozens of fundamental reforms through our rulemakings that have strengthened investor protections and market stability, and that the job satisfaction of our phenomenal staff has climbed in each of the last three years,” White said in a statement.

According to the SEC, White’s tenure resulted in over 2,850 enforcement actions—the highest number of actions for a three-year period in the history of the SEC—and brought in $13.4 billion in monetary sanctions. The SEC also stated that under White, more than 3,300 companies and over 2,700 individuals were charged.

White was nominated as chair in 2013 with a mandate to modernize the commission and restore some of its power and prestige. The commission, according to the Post, had a reputation as “slow, toothless tiger” and White, who served as U.S. Attorney for the Southern District of New York for a decade and won convictions against the likes of mafia kingpin John Gotti and the terrorists who bombed the World Trade Center in 1993, seemed like the right person to inject some life back into the SEC.

White began to push for more admissions of guilt in settlements—a departure from the SEC’s usual m.o.—and embraced the use of technology to detect fraud and insider trading. White, however, drew the ire of progressives who felt like the big banks mostly emerged unscathed under her tenure at the SEC.

“My duty has been to ensure that the commission implemented strong investor and market protections, and to establish an enduring foundation for future progress in the most critical areas—asset management regulation, equity market structure and disclosure effectiveness,” said White in her statement. “Thanks to the hard work and dedication of the SEC’s staff, we have accomplished both.”

White’s position won’t be the only vacancy that Trump will fill at the commission. According to the Washington Post, two of the five commissioner positions will also be filled by the incoming president.

“It is a game-changer at the SEC. The commission is going to have a very different agenda over the next four years than it would have,” said Edward Mills, a policy analyst at investment bank FBR Capital Markets told the Post. “In the long-term, it is going to be a big tilt towards free markets.”