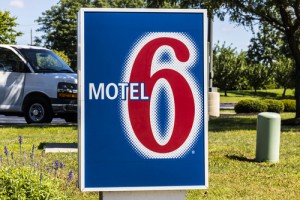 Motel 6 will tell employees that they can’t voluntarily give guest lists to immigration agents after the Phoenix New Times spoke with motel workers at two Phoenix locations who said it was standard practice.

The New Times determined that agents with Immigrations and Customs Enforcement made at least 20 arrests at the two corporate-owned locations in predominantly Latino neighborhoods between February and August, according to its initial story. Because court records were ambiguous, the number of arrests could be higher, the story said. The Washington Post has a story here and the New Times has a follow-up here.

Motel 6 said the policy was implemented without its knowledge, and it would tell all of its 1,400 locations that they can’t voluntarily provide daily guest lists to ICE.

In about a third of the arrests scrutinized by the New Times, court documents said ICE encountered a suspect during a “knock and talk” in which police who don’t have a warrant knock on a door and ask to come into a room.

Phoenix lawyer Robert McWhirter told the New Times that he would be concerned about racial profiling if officers were going around and knocking on the doors of anyone with a Hispanic surname. But if ICE agents were reviewing hotel guest lists and comparing them with a list of deportees, the situation is different, he said.

“We just don’t know enough about what’s going on,” he added.

Asked to confirm the report, an ICE spokeswoman told the New Times that the agency couldn’t talk about its investigative techniques. A Phoenix police department spokesman told the publication that several hotels and motels had shared guest lists with police “on occasion and through informal contacts.”

In June 2015, the U.S. Supreme Court struck down a law that required hotels to turn guest registries over to police, saying the law was unconstitutional because the hotels weren’t given a chance to review the demand before being penalized. However, hotels can voluntarily turn over the information.