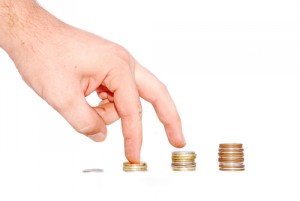 Updated and corrected: The year 2009 remains the high-water mark for starting associate salaries in BigLaw, but there is a bright spot for new lawyers in salary statistics released on Thursday by the National Association for Law Placement.

The boost in the national median at firms of all sizes reflects more $160,000 salaries at large firms, and relatively fewer survey responses from smaller firms, according to the press release. Starting pay of $160,000 accounted for 39 percent of the starting salaries reported 700-plus lawyer firms in 2015, up from 27 percent in the 2014 salary survey. That is still below the high in 2009, when nearly two-thirds of first-year salaries were reported at $160,000 in BigLaw.

NALP Executive Director James Leipold summarizes the findings in a press release. “The simple story is that $160,000 as a starting salary at large law firms is less prevalent than it was immediately prior to the recession,” Leipold said. “The year 2009 remains the high-water mark for entry-level associate salaries, though we are starting to see some upward movement. $160,000 remains the top of the market, but we are seeing some secondary markets that were at $145,000, for instance, move slowly toward $160,000.”

The association survey gathered information from 556 law offices. About 5 percent of the responding firms had 50 or fewer lawyers, while 52 percent were firms of more than 500 lawyers.

Edited on April 17 to clarify fourth paragraph and to make clear that the year 2009 was the high-water mark for $160,000 salaries in BigLaw.