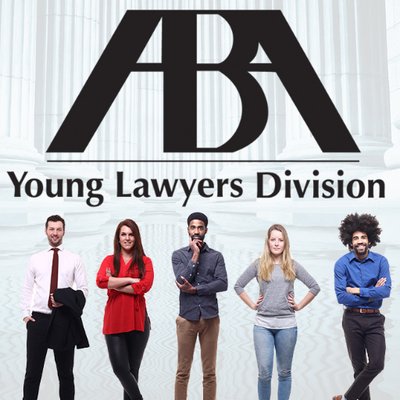 Sparked by student debt discussions and a concern that the council of the ABA’s Section of Legal Education and Admissions to Bar may be out of touch with issues recent law school graduates face, the ABA Young Lawyers Division has recommended that the council add two young attorneys who are not employed in legal education as voting members.

Those members should be under the age of 36, or licensed to practice for no more than five years, the recommendation (PDF) states.

The council is expected to consider the recommendation Friday, when it meets in Boston.

The recommendation was spearheaded by Thomas L. Hillers, president of the Iowa State Bar Association’s Young Lawyers Division Executive Council. It’s the second recommendation the YLD has brought to Legal Ed, according to Hillers. He says that the move was instigated by a June 22 U.S. Department of Education panel hearing where there was a vote recommending that the ABA should be suspended from accrediting new law schools for one year.

The National Advisory Committee on Institutional Quality and Integrity recommendation—which the U.S. Department of Education in September decided not to implement—centered on a question of whether the ABA was in compliance with federal regulations regarding mandates that accrediting agencies monitor and re-evaluate programs, and that they enforce standards. Out of 10 NACIQI members, six voted in favor of the recommendation

Paul LeBlanc, a committee member who is the president of Southern New Hampshire University, stated at the hearing that the ABA seemed “out of step” with changes in the profession, as well as the plight of law students, facing more student debt and fewer attorney jobs.

“We pulled the transcript and looked at the comments, and that’s what really lit us on fire,” Hillers says. “It kind of sunk in with me that this is the battleground for student debt, and it’s sort of being held by the entities that benefit from it.”

Hillers says he was told that adding two young lawyers as voting members to the council would violate an antitrust settlement over accreditation issues that the ABA made with the U.S. Department of Justice more than 20 years ago.

But Barry Currier, managing director of the legal education section, says that “while any potential antitrust implications may have been mentioned casually, I don’t remember any specific conversation about that area.

“I am not an antitrust lawyer, and certainly the council would seek outside expert antitrust legal guidance on this or any proposal if appropriate or necessary,” he wrote in an email. “In addition, the process for changing the section’s bylaws is spelled out in Article XII of the bylaws.”

James Tierney, a Washington, D.C., lawyer who represented the DOJ in the antitrust settlement, says that there is nothing in the agreement that would prohibit the ABA from adding two young lawyers who are not employed full-time by law schools to the council as voting members.

“The purpose of the consent decree was to cap the number of members on the council who were law school deans or faculty. Adding two young lawyers who are not deans or faculty would be consistent with the spirit of the settlement. The settlement said no more than 50 percent of the council members should be law school deans or faculty,” said Tierney, an Orrick, Herrington & Sutcliffe partner. “You want some faculty and deans, because they have an understanding of legal academics. But you want other people too to break the monopoly of the deans and faculty.”

He adds that the consent decree was lifted in 2006.

Hillers says that he was also told that if the council added two young lawyer members, it would take “years” to amend the bylaws. He notes that a proposal from Currier to merge both the accreditation and standards committee into the council is currently being considered.

“I think Barry was proposing a quick reorganization, when what we propose it’s something that would take two years. It’s very frustrating, honestly,” Hillers says. The council does have a law student member, but according to Hillers, that spot may be eliminated by the proposed reorganization.

Dana M. Hrelic, a Connecticut lawyer who chairs the YLD, did not respond to an ABA Journal request for comment. The group’s recommendation states that the ABA has made “great strides” to include young lawyers in all levels of governance. Its recommendation suggests that Legal Ed’s nominating committee review young lawyer applicants’ qualifications for the council rather than the appointments being made by the YLD chair.

“Despite the trend towards greater young lawyer involvement in ABA governance, as well as young lawyers’ demonstrated desire for a greater voice in this area, young lawyers remain unrepresented on the Council of the ABA Section of Legal Education and Admission to the Bar. The failure to provide young lawyers with voting representation is an anomaly even among other professional school accreditors,” the recommendation states. “For example, the California Committee of Bar Examiners— which accredits law schools in the State of California—mandates that at least one young lawyer serve as a voting member of the Committee.”

According to an Above the Law piece by Kyle McEntee, who is in favor of the recommendation, the median graduation year of council members in 1979. McEntee is the executive director of Law School Transparency, a group that focuses on law school reform.