Not one Kansas state senator is a lawyer, making compliance with obscure statute impossible 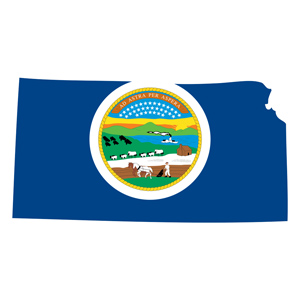 An obscure Kansas statute requires at least one lawyer from the state senate to participate in a committee that handles some claims against the state.

Compliance is impossible, however. For the first time ever, the 40-member Kansas Senate has no lawyers, the Wall Street Journal (sub. req.) reports.

Last year there were two lawyers in the Kansas Senate. One didn’t run for re-election and the other lost a primary battle. Other lawyers also sought Senate seats, but they did not succeed. One of them is Topeka personal injury lawyer Joe Patton, who lost to an incumbent who dubbed Patton a “trial lawyer” in his advertising.

Lawyers have long played a role in politics. About half of the nation’s founding fathers were lawyers, and 26 presidents have been lawyers. But voters today appear less enamored with lawyers. The percentage of lawyers in the U.S. House of Representatives, for example, has shrunk from about 60 percent during World War II, to less than 40 percent in more recent years.

At least one Kansas senator, auto dealer Jeff Longbine, expects to solve the statutory problem with legislation to remove the provision requiring lawyer representation on the claims committee.

Another idea is for State Sen. David Haley to take the bar exam again. He earned his law degree in the 1980s, but he failed the essay portion of his bar exam and never got his law license. Haley wasn’t keen on the idea, though. “There would be quite a bit of information to reabsorb,” he told the Wall Street Journal.