Odor in the court! Another judge complains of 'repugnant stench' from filing by state AG's office 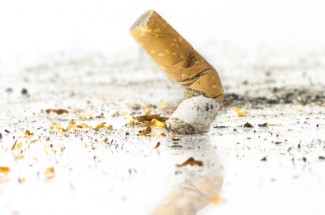 It wasn’t the legal arguments made by the Indiana attorney general’s office that caused several state appeals judges to sniff out a problem with its legal briefs.

The filings literally stink, the jurists complained, comparing the smell to cigarette or pipe smoke, according to Above the Law and the Indianapolis Star.

“The fact that all three of these malodorous records were handled by the same deputy attorney general prompts us to direct this third entreaty to the office of the attorney general with the demand that our request for clean, unscented records be heeded,” wrote Court of Appeals Judge Patricia Riley in a footnote in a Wednesday opinion (PDF), after complaining that “the record in the instant case is permeated with the same repugnant stench.”

A spokesman for the AG’s office says smoking is not allowed there and changes have been made to eliminate the odor issue. Utilizing a paperless workflow system, the office will scan documents to be filed, said Bryan Corbin. “As we now scan such records, the condition of paper in the paper file should not be an issue, at least not for the attorney general’s office.”

ABAJournal.com: ” Judge complains about smelly appeals documents; can the culprit be sniffed out?”