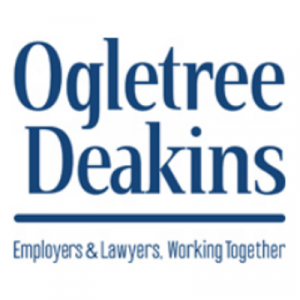 Ogletree Deakins will be required to pay nearly $1.2 million in damages plus $550,000 in attorney fees to a British filmmaker who says an associate at the firm botched visa documents, causing the plaintiff to lose her job.

Jurors awarded the malpractice damages in a trial in Fulton County, Georgia, according to the Daily Report.

Filmmaker Karen Bass says she first hired the associate, Brandi Knox, to prepare visa documents in 2011 when she was working at Littler Mendelson. Bass had been hired to work on National Geographic’s “Wild America,” and she expected to visit the United States often. Bass continued to hire Knox to file visa documents when she began work at Ogletree Deakins in 2012.

Bass says Knox had forged the signature of an associate general counsel at National Geographic on the visa document; Ogletree says Knox signed the document on the corporate lawyer’s behalf after Bass told her she had a power of attorney that permitted Knox to sign.

Defense lawyer Joe Kingma said Knox had made some mistakes, but it was wrong to characterize her signature as a forgery, according to the Daily Report account.

“This was a misunderstanding, not some capital crime,” said Kingma.

Updated on March 23 with information on punitive damages.