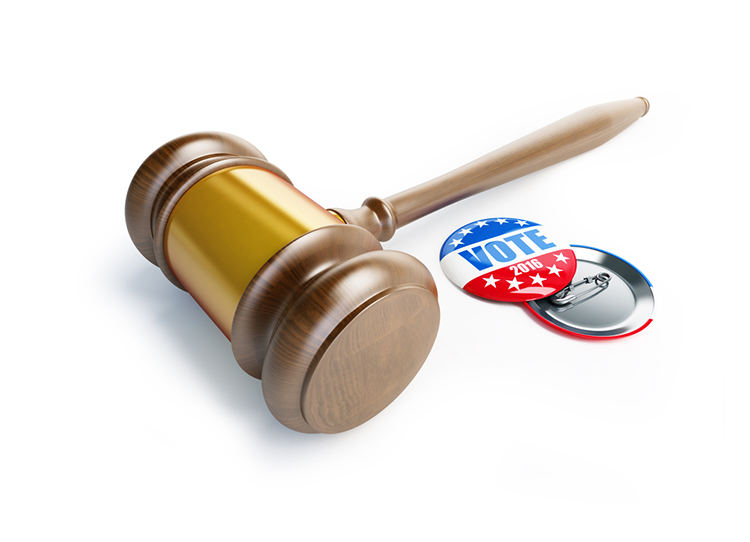 In an opinion written by Judge David W. McKeague, the court found in favor of Ohio’s rules and sided with a district court’s finding “because Ohio’s rules strike the delicate balance between the Constitution’s commands and the state’s desire to protect judicial integrity.”

The opinion was covered by Cleveland.com and Law360.

The case arose when Cincinnati attorney Joseph J. Platt formed a campaign committee to run for a seat on the Hamilton County Common Pleas Court in 2013 for the 2014 election cycle. Platt did not officially declare his intent to run for office in 2014 or 2016, and the panel noted in its opinion that it did not seem that Platt would run in 2018 either.

Platt argued that six provisions in Canon 4 of the Ohio Code of Judicial Conduct, which governs the fundraising and political conduct of judicial candidates, violated his rights to free speech, due process and equal protection. The rules apply to all judicial posts in Ohio.

Specifically, the rules limit any judicial candidate’s ability to make speeches on behalf of a political party or other candidates for public office; publicly endorse or oppose a candidate for another office; and solicit fundraising dollars, with a few exceptions.

Citing a Supreme Court case from 2015, the panel found that discovery is not required when determining if a state has a compelling interest to regulate the integrity of judicial elections.

Regarding the First Amendment violation claims, the panel determined that the rules were “narrowly tailored to serve a compelling interest.” The compelling interest being the maintenance of the judiciary’s independence and impartiality.

“Our decision to uphold Ohio’s regulations may strike some as antithetical to core First Amendment principles,” McKeague wrote. “And indeed, if the strictures of Canon 4 were imported into the legislative election context, we have little doubt they would engender far graver constitutional concerns. But judicial elections fundamentally alter the constitutional calculus.”

While the opinion admits that states cannot prohibit judges from running an effective campaign, it is permissible to insulate judges “from the most corrosive elements of partisan politics.”

“All we hold today is that Ohio’s rules toe that constitutional tightrope,” the opinion concluded. McKeague and Judges John M. Rogers and Helene N. White oversaw the case.

Previous:
Leaders from 34 BigLaw firms call for an 'army of lawyers' to help immigrants and make a pledge

Next:
Hedge funds clamor to finance mass tort cases; some call for disclosure