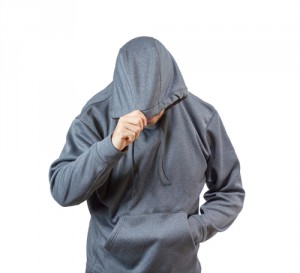 Oklahoma lawmakers are considering legislation that would ban the wearing of hoodies in public.

“The intent of [the bill] is to make businesses and public places safer by ensuring that people cannot conceal their identifies for the purpose of crime or harassment,” Barrington told the station.

Barrington’s bill would amend an existing law, enacted in the 1920s, that bans the wearing of hoods while committing crimes, and members of the Ku Klux Klan were the law’s targets. The amended law would extend the ban to include the wearing of any hoods or facial disguises in public.

The ACLU of Oklahoma called the bill “an affront to fundamental rights,” including the right to privacy and free speech.

“This bill does nothing whatsoever to strengthen [the existing] law or to prevent or punish crime,” it said. “This bill would turn Oklahoma law enforcement into literally ‘the fashion police.’”