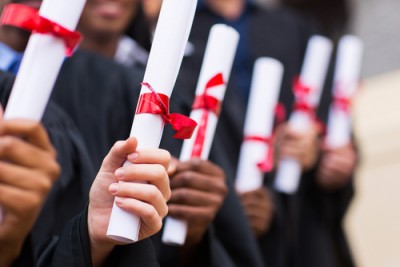 A University of Pennsylvania law professor who once bemoaned the “loss of bourgeois habits” won’t be teaching required courses to first-year law students after asserting that black law students rarely graduate in the top half of their class.

Amy Wax will teach only elective courses as a result of the remark, Pennsylvania law dean Ted Ruger told students in an email on Tuesday. The National Law Journal, the Daily Pennsylvanian, the Washington Post and Above the Law have stories.

Wax made the comments about class rank in a September video interview that recently gained attention. In the interview, she says there is a “downside of affirmative action.”

“I don’t think I’ve ever seen a black student graduate in the top quarter of the class, and rarely in the top half,” she said. “I can think of one or two students who scored in the top half in my required first-year course. What are we supposed to do about that? You’re putting in front of this person a real uphill battle.”

“It is imperative for me as dean to state that these claims are false: black students have graduated in the top of the class at Penn Law,” Ruger said. “Black students at Penn Law are extremely successful, both inside and outside the classroom, in the job market, and in their careers.”

Ruger expressed concern about pressures black students would face if they were in a required class taught by Wax.

“They may legitimately question whether the inaccurate and belittling statements she has made may adversely affect their learning environment and career prospects,” he said. “These students may also reasonably feel an additional and unwarranted burden to perform well, so that their performance not be used or misused by their professor in public discourse about racial inequality in academic success.”

Ruger said Wax is free to advocate her views as a scholar, but, as a teacher, “she is not free to transgress the policy that student grades are confidential, or to use her access to those Penn Law students who are required to be in her class to further her scholarly ends without students’ permission.”

Wax had written an op-ed on bougreois values last August. This was the most controversial passage: “The culture of the Plains Indians was designed for nomadic hunters, but is not suited to a First World, 21st-century environment. Nor are the single-parent, antisocial habits prevalent among some working-class whites; the anti-‘acting white’ rap culture of inner-city blacks; the anti-assimilation ideas gaining ground among some Hispanic immigrants.”

Writing in the Wall Street Journal in February, Wax said the op-ed led to “a raft of letters, statements and petitions” that condemned the bourgeois article as racist and xenophobic. The dean, she said, asked her to take a leave of absence in addition to stop teaching the required class.

The proper response to unorthodox opinions, she wrote, “would be to engage in reasoned debate—to attempt to explain, using logic, evidence, facts and substantive arguments, why those opinions are wrong.”