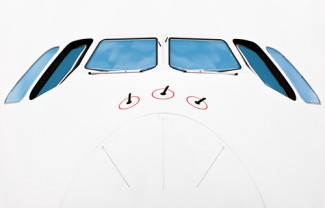 A California plaintiffs law firm is on the hook for more than $1 million in federal taxes and penalties as a result of a federal appeals court decision.

In a Dec. 28 opinion (PDF), the California-based 9th U .S. Circuit Court of Appeals upheld a U.S. Tax Court finding against the law firm, Engstrom, Lipscomb & Lack, according to Law.com (sub. req.).

The case concerned the law firm’s deductions in 2008 and 2010 for use of two private planes co-owned by G&L Aviation, a company co-founded by Engstrom founding partner Walter Lack.

Engstrom had sought to deduct amounts paid to G&L Aviation for 24-hour standby use of private planes. But there was no written record of such an agreement and offered testimony didn’t clearly establish the existence of such an agreement, according to the 9th Circuit.

Engstrom didn’t show that all of the G&L flights were for business purposes, and when it did establish such a purpose, the law firm didn’t establish the flights’ individualized costs, the appeals court said. “As a result, the Tax Court’s conclusion that Engstrom could not deduct as a travel expense the entire amount it had paid to G&L Aviation is not error,” the court said.