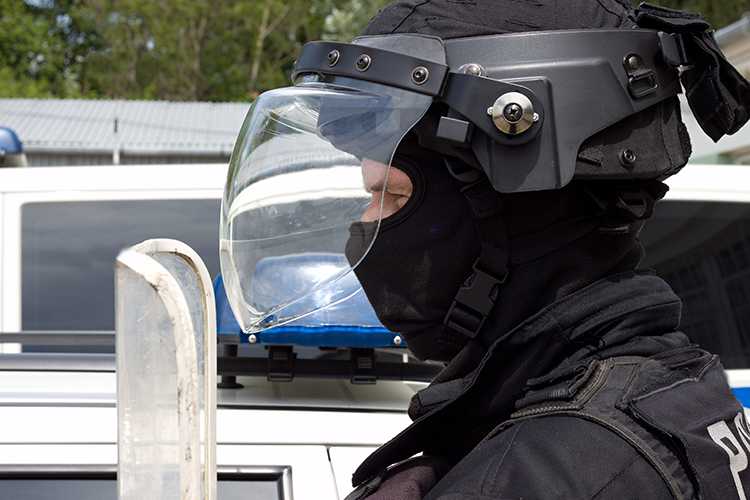 A lawsuit filed last month over the fatal shooting of a homeless man with mental health issues alleges police participation in “warrior mindset” and “killology” training has fostered “a culture of excessive force.”

The federal lawsuit was filed by the parents of the slain man, Ethan Murray, against Spokane County and one of its sheriff’s deputies, the Washington Post reports. Murray was killed by an officer who apparently mistook the man’s sunglasses for a weapon after following him into the woods. The officer was responding to a call about a disorderly person running on the grounds of an apartment building.

The lawsuit was filed as “warrior mindset” training is coming under increasing scrutiny, according to the Post. The Minneapolis Police Department has banned warrior training, for example; many other departments have also moved away from the concept, according to Ernie Stevens, a former police officer who trains officers on de-escalation techniques.

Dave Grossman, a former Army Ranger and U.S. Military Academy psychology professor, coined the term “killology.” He has written a book contending that police need to be trained to have a healthy emotional reaction when they need to kill, and he teaches police seminars to thousands of officers.

“The sheepdog doesn’t harm the lamb,” Grossman tells the Washington Post, “but the sheepdog is capable of violence at the moment of truth.”

“If police need a gun, then they need to be psychologically prepared to use it,” he said.

Kyle McLean, a professor at Clemson University has studied policing techniques with a focus on police departments in Fayetteville, North Carolina, and Tucson. He looked at the warrior mindset, in which police officers view themselves as warriors fighting crime, along with the guardian mindset, in which police view themselves as working with the public to reduce crime.

“What we found is that the warrior and the guardian approaches are distinct, that they do exist,” McLean told the Washington Post. “Most officers tend to be a bit of both, like a spectrum, but these are separate attitudes that affect approaches to policing.”

ABAJournal.com: “Police use of SWAT tactics has gotten out of hand, says author (podcast)”