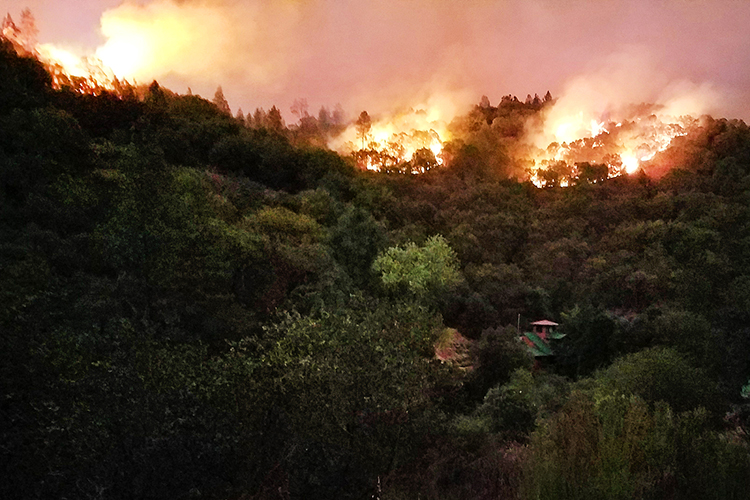 The Pacific Gas & Electric Co. announced plans to file for bankruptcy protection Monday as it informed the Securities and Exchange Commission that its possible liability for California wildfires in the last two years could exceed $30 billion.

The announcement came hours after PG&E announced that its CEO, Geisha Williams, was stepping down and would be replaced on an interim basis by general counsel John Simon, report NPR, the San Francisco Chronicle, the Wall Street Journal and Corporate Counsel.

Simon became general counsel in March 2017 after spending 10 years at the utility company. He previously led its human resources department.

Utility companies are responsible under California law for fires started by their equipment, even if there is no negligence. The state has tied 17 wildfires in October 2017 to the utility company and is still investigating two other fires, including the Camp Fire in Northern California in November that killed more than 80 people and destroyed more than 10,000 homes.

PG&E said in its SEC filing that it is aware of 50 complaints filed on behalf of at least 2,000 plaintiffs related to the Camp Fire. Six seek class action status.

Approximately 700 complaints have been filed on behalf of at least 3,600 plaintiffs related to the 2017 Northern California wildfires, five of which seek to be certified as class actions.

ABAJournal.com: “Federal judge orders utility company to explain any role it had in causing California wildfires”