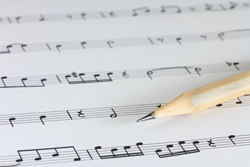 Despite irritating some judges, New York songwriter Peggy Harley has won her pro se lawsuit claiming that she was the author of a Grammy-nominated song recorded by singer Ann Nesby.

Harley’s 13-page complaint contained misspellings and grammatical errors, the New York Times reports. She missed court hearings or showed up late. She was accused of filing frivolous motions and refusing to participate in discovery. At one point she was ordered to pay $13,000 in sanctions during the discovery dispute.

The story notes the observation of one exasperated judge, who said: “The world is going to end someday, and my job is to try to see that this case gets adjudicated before the world ends.”

The lyrics to Harley’s 2002 song include “sorry that I hurt you” and “never meant to cause you pain.” The allegedly purloined version says “never meant to hurt you” and “sorry for whatever I put you through.” Harley says she gave the song to a disc jockey, who apparently forwarded it to Nesby, who recorded a remarkably similar version of her composition. Harley wrote in her complaint that “the two songs are ideally one” and she had been “robbed” of a potential Grammy.

Judge Katherine Forrest listened to the two recordings and agreed with Harley, the Times says. She noted that Nesby thanked the disc jockey, along with several others, on her CD cover, showing a link in the chain of possession. Damages, however, are problematic. The record label claims its costs are greater than the revenues associated with the song.

The defendants denied Harley’s claims. “The fact of the matter is I have never heard of Ms. Harley or heard any of her music prior to being falsely accused of using her song,” Nesby wrote in an email to the Times.

Next:
Lawyers Urged to Take on More Pro Bono Work to Offset Increase in Demand for Legal Services