When entering into a plea bargain for a misdemeanor offense, prosecutors have an ethical duty to ensure the legal and evidentiary basis of the charges are sound, according to a new formal ethics opinion from the ABA Standing Committee on Ethics and Professional Responsibility.

“Observance of the special obligations of prosecutors under the Rules of Professional Conduct is critical to achieving fair guilty pleas,” the opinion states.

Released Thursday, Formal Opinion 486, “Obligations of Prosecutors in Negotiating Plea Bargains for Misdemeanor Offenses,” states that the application of these ethical standards apply regardless of constitutional requirements or whether the defendant is represented by counsel.

“Hundreds of times weekly, prosecutors negotiate plea deals with misdemeanor defendants who lack counsel and may agree to unfair dispositions,” says Barbara S. Gillers, chair of the ABA Standing Committee on Ethics and Professional Responsibility. “Opinion 486 imposes duties on prosecutors and their supervisors to ensure that the accused has a reasonable opportunity to obtain counsel, that decisions to resolve a case through plea bargaining are grounded in the prosecutor’s independent assessment of the case, and that prosecutors reveal known collateral consequences, which may include deportation and the loss of eligibility for a wide range of public services, including food assistance and public housing. The failure to take the precautions described by the opinion especially harms the poor and minorities, who are disproportionately represented among the defendant population.”

Under Rule 3.8(a), for example, prosecutors may not bring “a charge that the prosecutor knows is not supported by probable cause.” This means that a DA can’t begin a plea bargain without assessing each charge. However, the opinion notes that because of limited resources and the perception that a misdemeanor is “lower stakes,” prosecutors often rely “uncritically” on a police officer’s report. “Unless the prosecutor has reasonable confidence in the thoroughness of the fact finding and the evenhandedness of the judgment of other law enforcement officers who prepare the supporting documents and investigation, reliance on them is likely to be misplaced and the very discretion the Rule is designed to protect may be abused,” the opinion states. 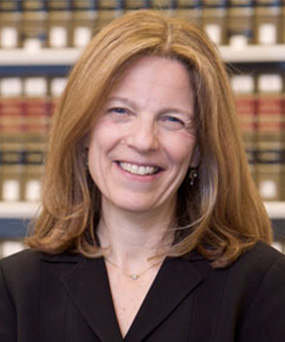 Additionally, the opinion warns that a prosecutor’s failure to vet each charge independently, could violate the duty of competence under Rule 1.1.

The opinion comes at a time when misdemeanor criminal enforcement has received heightened attention.

About 80 percent of America’s criminal dockets are taken up by misdemeanor offenses, a number that has doubled since 1972, according to the opinion. This trend disproportionately impacts poor and minority people.

At the same time, prosecutors are engaging in plea bargaining before the right to counsel has been raised, using delay tactics or the threat of a higher sentence to keep the defendant from invoking the right to counsel. The opinion also found that tactics, including forcing a defendant to waive his or her right to counsel as a criteria to negotiate a plea, violate the Rules of Professional Conduct and potentially the Constitution.

These practices occur, in part, because many people charged with a misdemeanor are given a citation or notice to appear and are not arrested for the offense, which means the accused is not read his or her rights. In such situations, it may fall to the prosecutor to make clear to the accused their right to counsel.

Noting that, in some cases, the accused may choose to be unrepresented or does not qualify for subsidized representation from the state, prosecutors have unique and heightened duties. For example, if a prosecutor does not mention the impact of the plea deal on a separate case or the broader social or economic impacts of a criminal record, called collateral consequences, it could be considered misrepresentation or deceptive conduct under Rules 4.1 and 8.3(c), respectively.

Ultimately, the opinion looks to reinforce the idea that, “a prosecutor’s duty is to seek justice, not merely to convict.”

“The professional integrity of prosecutors is essential to the administration of criminal justice,” the opinion states.