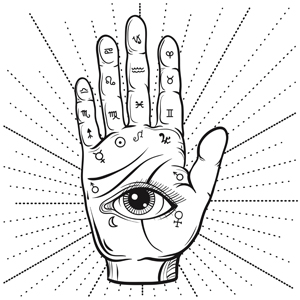 There are probably few if any psychic mediums who add the “esq.” designation after their names.

Steven Macek, a Massachusetts lawyer, touts his legal career on his “Steven the Medium” website. He was a lawyer first, and still practices law by doing mostly probate work, the Boston Globe reports. But his career as a “past lives reader” is “getting bigger and bigger,” he says.

Macek tells the Globe he always felt a connection to his late father, but he hadn’t thought about having psychic abilities until he met a medium at a large venue. That individual told Macek he was a medium, though he didn’t know it.

Two years later, Macek’s husband enrolled him in training to be a medium. He has been doing private readings since 2013 and now does events before larger groups.

Macek says a psychic had predicted his career as a lawyer in a reading with his mother when he was a boy.