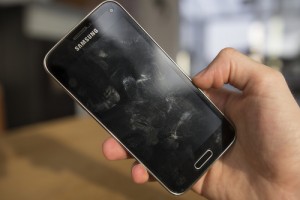 Residue that clings to cellphones can be reveal a lot about a person, according to a study funded by the National Institute of Justice.

Molecules on cellphones can reveal information such as whether a person drinks coffee, takes an antidepressant and eats spicy food, the Washington Post and Yahoo Tech report.

A molecular analysis of a cellphone left behind at a crime scene could be used to reveal details about the person who used it and narrow the field of suspects, according to study researchers from the University of California at San Diego.

One of the study authors, Amina Bouslimani, said in a press release that the researchers “could tell if a person is likely female, uses high-end cosmetics, dyes her hair, drinks coffee, prefers beer over wine, likes spicy food, is being treated for depression, wears sunscreen and bug spray—and therefore likely spends a lot of time outdoors—all kinds of things.”

Senior author Pieter Dorrestein cautions that the analysis can provide a general lifestyle readout, but it can’t provide a one to one match like a fingerprint can. He also said researchers need to add more molecules to the mass spectrometry database used in the study, including those for common foods, clothing materials and paint, so more information can be revealed.

The next stage of the study will examine molecules on other personal objects, such as wallets and keys.