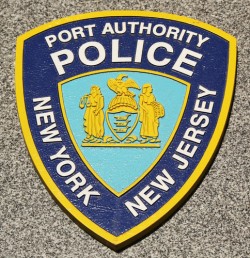 A legal aid group says police are overzealous in their arrests for public lewdness at the Port Authority Bus Terminal in New York City.

Police have made more than 60 restroom arrests at the bus terminal so far this year, seven times the number or arrests for the same period last year, the New York Times reports.

The Legal Aid Society represents more than a dozen of the arrestees. In a motion filed in August, the Legal Aid Society contends police are sweeping up innocent men in its overzealous enforcement of the law. The police appear to be criminalizing the use of urinals, the group contends.

Holden says the undercover police officer may have assumed Holden was gay because of his leather jacket and fitted clothes. Another man arrested, who identified himself as Miguel, says he wondered if his apparel—shorts and a tank top—had something to do with his arrest.

Previous:
Once on death row for murder committed when he was 1,000 miles away, Texas man is free after plea

Next:
7th Circuit explains how acquitted murder defendant can still be punished by sentencing judge