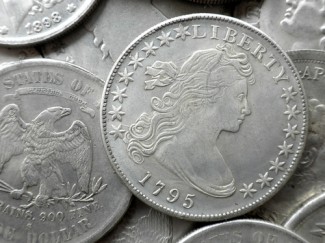 A 102-year-old retired St. Louis lawyer who collected coins since he was a young man apparently made a good investment of his time and money.

The 1,800-piece collection put together by Eric P. Newman since the 1930s for about $7,500 sold at auction in New York City for $23 million, the Associated Press reports.

A Coin Week article calls Newman an extremely accomplished numismatist whose 1967 book The Early Paper Money of America remains the leading reference in the field (a fifth edition was published in 2008). He has also authored a number of other books and is a longtime force within the American Numismatic Society in New York.

Newman earned his law degree in 1935 from Washington University in St. Louis, reports another Associated Press story. Proceeds from the auction of his coin collection will help support the Eric P. Newman Numismatic Education Society, and he and his wife previously provided funds to establish the Newman Money Museum, which the society operates within the university’s Kemper Art Museum.