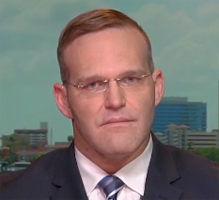 The lawyer representing former Alabama Chief Justice Roy Moore is being closely scrutinized as he tries to fend off accusations that the Republican U.S. Senate candidate had pursued inappropriate relationships with multiple teenage girls in the 1970s and 1980s, including a 14-year-old.

Trenton Garmon of Garmon & Liddon fired off a Nov. 14 letter threatening AL.com with a lawsuit over its reporting. Mistakes in the letter did not go unnoticed. Above the Law called the missive a “trainwreck” and Slate deemed it “utterly incoherent.” TPM Livewire also has a story.

The letter includes unneeded apostrophes in the possessive form of “its,” a preference for the term “and/or” and incomplete sentences.

Above the Law highlights these paragraphs in the letter:

“Your client’s organization has made and/or supported defaming statements. This is due to the careless and/or intentionally refused to advance the truth regarding our clients. We also believe that your client, by and through its agents, have damaged our clients by being careless in how they handle headlines and report the contextual of the allegations. …

“Thus, do you know this clearly, yet significant difference which your client’s publication(s) have failed to distinguish. And the legal requirement that your client retract the stories, to include the details which clearly are false.”

On Wednesday, Garmon appeared on MSNBC and commented on the “background” of one of the interviewers, Ali Velshi, report the Washington Post and Above the Law.

Garmon raised the issue after he was asked about Moore reportedly asking mothers for permission to date their daughters. Garmon said it was an interesting question and he had “looked up Ali’s background.” When pressed on how that was relevant, Garmon said, “In other countries, there’s arrangement through parents for what we would refer to as consensual marriage.”

According to the Post, Garmon may have been referring to arranged marriages in India. Velshi is of Indian descent, but he never lived there. His biography on MSNBC.com states Velshi was born in Kenya and raised in Canada.