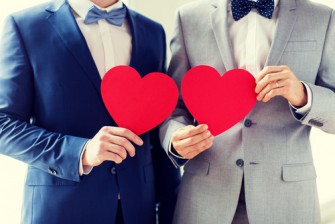 According to the New York Law Journal, the state court system’s Appellate Division, First Department, ruled in Estate of Mauricio Leyton that Leyton’s 2002 commitment ceremony with David Hunter did not qualify as a marriage under state law. Leyton died in 2013.

The ruling means that Hunter is not disinherited even though he and Leyton split in 2010. Leyton’s 2001 will named Hunter as a 50 percent beneficiary and executor, and he never changed it after the breakup. Leyton’s mother would have inherited the entire estate if Hunter had been disinherited. Leyton’s sister brought the case on behalf of her mother.

State law provides that a former spouse is disinherited if a divorce takes place after a will is executed. But the court said state law requires the divorce to be effected by judicial decree. Though same-sex marriage was legalized in New York in 2011, the appellate court said, the couple made no effort to have their split recognized as a divorce. And the separation itself was not marked with any sort of ceremony.

“Even assuming that decedent’s and Hunter’s union should be retroactively recognized as having constituted a legal marriage, in order for Section 5-1.4’s ‘former spouse’ provisions to apply, the end of the marital relationship must have been effected by a formal judicial ‘decree or judgment,’” the court wrote in its opinion. “No such decree was ever issued here.”

An attorney for Hunter, Matthew Raphan of the firm Brian Raphan, PC, said the separation was amicable and that Leyton would have wanted this result. He valued the estate at more than $1 million.