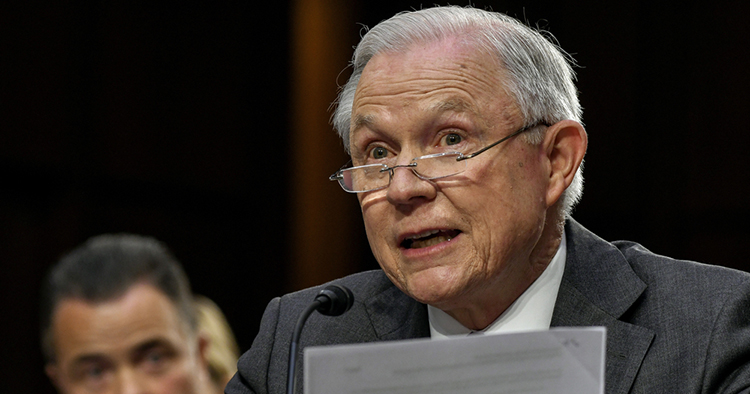 Attorney General Jeff Sessions has authorized federal prosecutors to seek a death sentence for the second time in the last month. These are the first such instances since Sessions took office last year.

The Wall Street Journal and the Washington Post had the story.

On Jan. 8, federal prosecutors acquired Sessions’ approval to seek the death penalty against Billy Arnold, who is charged with murdering two individuals who were part of a rival gang in Detroit.

Prosecutors in Orlando, Florida, also received authorization to pursue capital punishment against Jarvis Wayne Madison on Dec. 19. Madison has been accused of shooting his estranged wife in 2016 after kidnapping her across state lines. In their court filing stating that the death penalty was justified in Madison’s case, prosecutors said that Madison had a “pattern of domestic abuse, including physical and emotional abuse, against women,” the Post reported.

Moreover, the Justice Department is considering seeking a death sentence for Sayfullo Saipov, who is charged with running over eight people in a Manhattan bike lane last Halloween, people familiar with the matter told the Wall Street Journal. President Donald Trump himself publicly announced his support for this on Twitter in early November after the incident occurred.

Federal capital punishment was reinstated in 1988. Since then, only three executions have been carried out on the federal level, the last one in 2003.