Seyfarth Shaw is in 'restoration phase' after malware attack 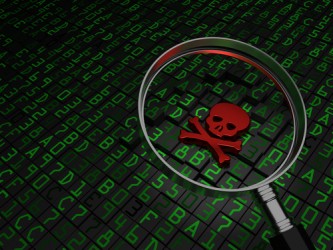 Seyfarth Shaw announced Thursday that the law firm has worked tirelessly this week to protect its confidential data after a malware attack last weekend.

Seyfarth said it is now in the “restoration phase” and has brought back its email system fully online.

“We still have no evidence that any client or firm data was either accessed or removed,” the firm said in the announcement.

Law.com and Law360 have coverage.

The firm expects to have “full restoration of all of our critical systems by early next week.”

The firm was hit Oct. 10 with what it described as “a sophisticated and aggressive malware attack.” Seyfarth’s monitoring systems detected the unauthorized activity, and the firm’s information technology team acted quickly to prevent its spread.

While the firm found no evidence that client or firm data was accessed, many of the firm’s systems were encrypted and they were shut down as a precautionary measure. The firm said it was coordinating with the FBI.

The average ransomware demand has grown from about $5,000 in 2018 to about $200,000 this year, said Brett Callow, a threat analyst for Emsisoft who spoke with Law.com.

Attacks are also becoming more common. Law360 cited a report by cyber insurance provider Coalition, which found that the frequency of ransomware attacks against its policyholders jumped 260% in the first half of 2020.

Callow and other experts who spoke with Law360 and Law.com said multifactor authentication can help prevent cyberattacks. The method requires a password and a code sent to a personal device. Employees should also be trained to detect suspect emails in which a click can give computer access to bad actors.

DLA Piper implemented that solution after a 2017 cyberattack.