Sickle cell trait is sometimes blamed for deaths during police arrests and custody; is it warranted? 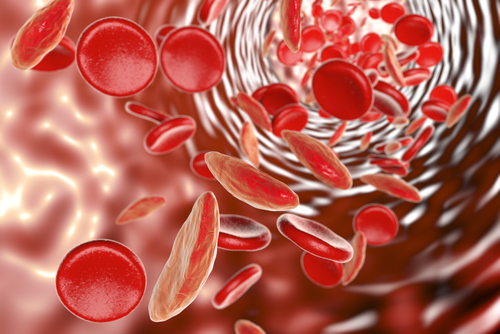 A sickle cell trait is sometimes blamed for deaths of suspects that happen during police arrests and custody, even when the circumstances raise questions about use of force by officers.

Lawyers for fired and convicted Minneapolis police officer Derek Chauvin had cited the trait carried by George Floyd in an unsuccessful motion to dismiss the case, the New York Times reports.

The motion contended that Floyd died because of health problems and drug use, rather than having a knee pressed into his neck. Chauvin is currently appealing his conviction, according to Minnesota Public Radio.

In the last 25 years, the trait was cited at least 46 other times by medical examiners, police or officers’ defenders as a factor in the deaths of Black people in custody, the New York Times found. In about two-thirds of the cases, the person who died has been forcefully restrained, pepper-sprayed or shocked with stun guns.

The sickle cell trait is carried by one out of 13 Black people. Those who have the trait have only one of the two genes that are present in full-blown sickle cell disease, “a painful and sometimes life-threatening condition that can deform red blood cells into crescent shapes that stick together and block blood flow,” the New York Times explains.

The trait can cause death during extreme overexertion, and experts say it should be noted in an autopsy.

But “you can’t put the blame on sickle cell trait when there is a knee on the neck or when there is a chokehold or the person is hog-tied,” said Dr. Roger A. Mitchell Jr., the chairman of pathology at the Howard University College of Medicine, in an interview with the New York Times.