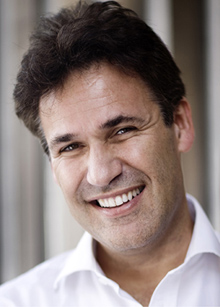 Asked how legal issues may change under the influence of technology, Richard Susskind, a futurist for the legal profession, sees lawyers’ roles as being part of a solution, but not the solution itself.

Lawyers “have to stop thinking of problems as only legal,” Susskind told attendees of the Clio Cloud Conference 2014 in Chicago on Monday. Working on a new book with his son, Susskind said, he is coming to believe that problems must be solved in a “multidisciplinary” fashion involving professionals in different areas of expertise.

The two-day conference, which doubled its attendance to 450 this year, ends Tuesday. It is bringing together legal professionals who use the Clio practice management system and others who may be interested in it. There they are hearing speakers discuss current legal technology and future practice possibilities from virtual practice to blogging, entrepreneurship to building law firm culture.

Susskind, author of The End of Lawyers? was both Monday’s keynote speaker and the subtext of several presentations as speakers pondered the possibility that the book title’s question mark might not be necessary, especially for sole practitioners and small-firm lawyers.

But Susskind provided his opinion of the way those firms could survive. He said there is “game-changing technology that could be adopted tomorrow” that will allow small firms to thrive among the threats that new competitors are bringing to the profession. For those who don’t adapt, they may be gone within 10 years, he said.

And change in information technology won’t stop at today’s capabilities.

“There is no finish line in IT,” he said.