Suit argues animals have the right to sue their abusers 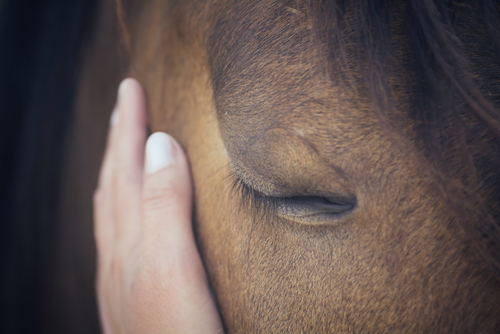 A horse named Justice is entitled to recover the costs of his medical care and damages for pain and suffering from his alleged abuser, according to a negligence suit filed on Tuesday.

The Animal Legal Defense Fund filed the lawsuit in Oregon state court, according to a press release and a story by KATU News. The plaintiff is identified as Justice, by and through his guardian, Kim Mosiman, who is the executive director of Sound Equine Options, the horse rescue group that is providing his care.

The suit claims Justice was denied adequate food and shelter for months, leaving him “debilitated and emaciated” when he was rescued in March 2017. A veterinarian determined he was 300 pounds underweight. The horse suffered from lice, a prolapsed penis from frostbite, and a bacterial skin infection known as rain rot.

Oregon animal welfare laws impose one of the nation’s most protective statutory schemes, the suit says, citing a 2014 state supreme court decision, Oregon v. Fessenden. The decision said that, when officers had probable cause to believe an emaciated horse was being subjected to neglect, a warrantless search was justified under the exigent circumstances exception to the Fourth Amendment to prevent further imminent harm to the horse.

The suit also says the Oregon Legislature has declared animals “are sentient beings capable of experiencing pain, stress and fear.” As sentient beings, animals are the intended beneficiaries of Oregon welfare laws, and are victims when the laws are violated, the suit says.

“Oregon courts recognize both that animals are victims and that victims have a right to sue their abusers for the harms they have inflicted,” the suit says. “Justice is asking the court to take these well-established rules to the logical next step and recognize that as a member of the class intended to be protected by Oregon’s anti-cruelty statute, Justice may bring a negligence per se claim based on the standard of care in the anti-cruelty statute.”

The suit is based on Oregon law. The San Francisco-based 9th U.S. Circuit Court of Appeals ruled last month that a monkey had no standing under the U.S. Copyright Act to assert copyright in selfie photos published in a wildlife book.