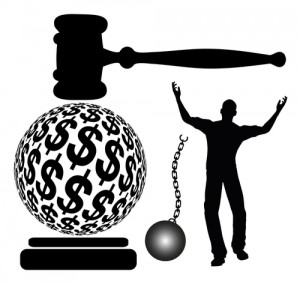 A federal class action filed last week claims the bail system in San Francisco discriminates against the poor in violation of the Constitution’s guarantee of equal protection.

The suit says a generic “bail schedule” set by the city and county of San Francisco ties bail to the offense rather than ability to pay.

“In San Francisco, arrestees face two different outcomes depending on their wealth status,” the suit says. “Wealthy arrestees purchase their freedom by paying an arbitrary amount set by the bail schedule. Poor arrestees must languish behind bars until the resolution of their case, simply because they cannot afford to pay a predetermined sum of money.”

A statement issued by the San Francisco superior court says state law requires county judges to approve an annual bail schedule. The schedule is a guide and judges may use their discretion, the statement says.

Phil Telfeyan, co-founder of Equal Justice Under Law, said his group has filed class actions challenging bail systems in eight cities and counties, and six of the jurisdictions agreed to drop money bail altogether. Two others are pending.