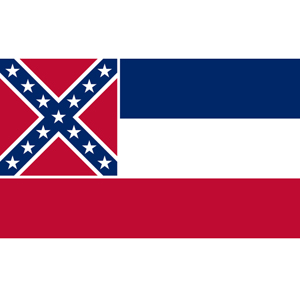 The U.S. Supreme Court on Monday refused to hear an appeal by a black Mississippi lawyer who claimed the Confederate battle emblem on the state’s flag violated his constitutional right to equal protection.

The lawyer, Carlos Moore, had argued the flag endorses white supremacy, report the Courthouse News Service, NPR and the Associated Press in a story noted by How Appealing. He had sued on behalf of himself and his daughter.

The New Orleans-based 5th U.S. Circuit Court of Appeals had tossed the case in April, ruling that stigmatic injury without discriminatory treatment was not sufficient to give Moore standing to sue.

Moore told AP and Courthouse News Service that he is still hopeful the flag will come down in his lifetime. “We always knew it was a longshot,” he said of the cert petition in the AP interview.

He told AP he had received five death threats because of his lawsuit and three death threats because he refused to fly the Mississippi flag in his courtroom where he presides as a Clarksdale municipal judge. He alluded to the threats in two Facebook posts. He was represented in the Supreme Court by lawyers from Reed Smith.