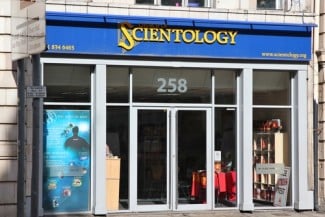 A Texas woman has moved to end her harassment lawsuit against the Church of Scientology, despite victories in trial court and on appeal, according to Texas Lawyer.

Monique Rathbun, who is married to former Scientology official Marty Rathbun but was never part of the church, had sued the church for harassment and intentional infliction of emotional distress. According to Courthouse News Service, Monique Rathbun had claimed in her 2013 lawsuit that the church harassed her because of her husband’s public statements condemning Scientology.

She said Scientology operatives openly followed her around, insulting her; rented homes near hers in order to point surveillance cameras at her home; and sent a sex toy to her workplace. Because of it, she said, she and her husband moved from the Texas Gulf Coast to a home in the “hill country” between Austin and San Antonio—but Scientology operatives eventually found them.

The church responded in court documents that it had engaged in surveillance for litigation purposes, but denied harassment and said its activities were protected by law. A trial court declined to dismiss the case, finding it was not a strategic lawsuit intended to silence public speech under the Texas Citizens Participation Act.

The church appealed, and last year, Texas’s Third Court of Appeals ruled that Scientology officials did not have a free-speech right to stalk Rathbun, send her the sex toy or publish allegations that she’d had a sex-change operation. The church appealed that ruling to the Texas Supreme Court.

Before that court decided whether to take the case, Rathbun fired her attorneys without cause. She waived her right to file a pro se response brief before the Texas Supreme Court, but the court asked her for one anyway.

Attorney Elliott Cappuccio told Texas Lawyer that Rathbun’s letter ending the client relationship didn’t mention any dissatisfaction with his firm’s work. Nonetheless, Rathbun wrote in her motion to dismiss the case that her attorneys had introduced defects into her complaint over her objections. Now representing herself, she wrote that she didn’t have the money to continue.

“I do not have the resources, the time, nor the motivation to litigate in the Supreme Court of Texas against Scientology’s army of lawyers in the defense of errors made by attorneys who subordinated my wishes in favor of interests inimical to my own,” she reportedly wrote.

Cappuccio said his firm was surprised to hear this but wished Rathbun the best. An attorney for the church did not answer calls from Texas Lawyer.

The motion was filed without prejudice, opening the possibility that the matter may be litigated again.