The Obvious Is Never Simple When Steven Levitt Talks About It 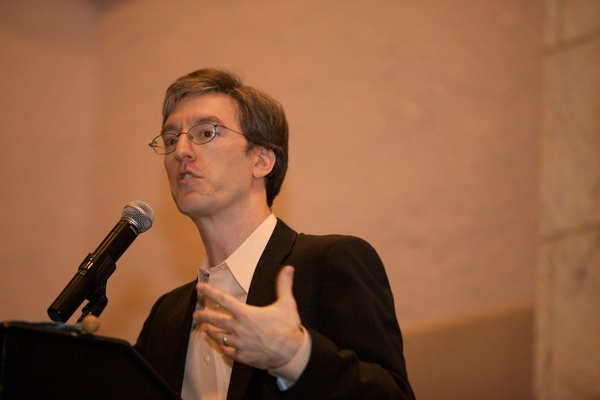 A few years ago, the Wall Street Journal said, “If Indiana Jones was an economist, he’d be Steven Levitt.”

Levitt never quite bought the comparison to the adventure hero from the movies—an archeologist played by Harrison Ford—largely because his wife never bought it, Levitt explained in his keynote address Saturday night at the 54th Annual Awards Banquet of the Fellows of the American Bar Foundation. The foundation is the research affiliate of the ABA.

Levitt comes across as pretty self-deprecating even though he has the credentials to be a budding economic superstar. Levitt, a research professor at the ABF and a professor at the University of Chicago, is the co-author (with Stephen J. Dubner) of Freakonomics, which spent more than two years on the New York Times bestseller list after its publication in 2005. His follow-up book, SuperFreakonomics, also has landed on the literary hit charts.

Levitt told his audience that, if his achievements might come as a surprise to some of his professors at Harvard University and M.I.T., then he shares a bit of their astonishment.

“I never thought I’d be an academic,” Levitt said. “My only talent is the ability to recognize the utterly obvious.”

But there is nothing simple about the obvious when Levitt talks about it, and the dots he is connecting don’t take shape all that easily. 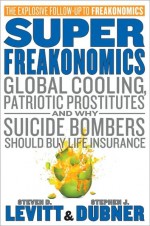 He told the story, for instance, of midlevel employee who had been with the IRS for some 30 years who became fascinated over time by what sort of creatures and things taxpayers listed as dependents. Clearly, many of these “dependents” were pets, made-up children and even objects. For many years, the IRS only asked taxpayers to put down a name for their dependents, so the employee suggested that tax forms also require that dependent social security numbers be listed. The IRS resisted until finally taking his advice in 1986, and in that first year, some seven million “children” and other “dependents” disappeared from the United States, resulting in increased federal tax collections of nearly $3 billion.

Levitt told this story to his father, “and he admitted that I had lost a brother and sister that fateful night.”

In researching patterns of behavior among terrorists, Levitt said he reached the conclusion that basic credit information is the best way to tell how a person lives their life—and whether it might be the life of a terrorist. When he analyzed the credit card bills of the 9-11 attackers, their credit card charges—no mortgage or rent payments, but plenty spent on flying lessons—“they didn’t reflect at all the life of an ordinary American,” he said.

Levitt’s conclusion? “The very best single predictor of a terrorist is whether he shows up at an ATM machine within five minutes of another terrorist.”

But Levitt acknowledged he doesn’t have all the obvious answers, at least not yet. Asked during a brief Q-and-A period, he demurred when asked who would win the Super Bowl. “Ask me about the Kentucky Derby,” he said. “I know more about horse racing than football.”