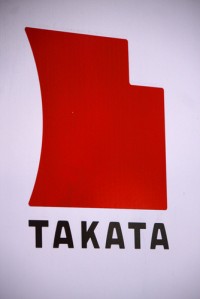 Updated: Three former executives with the Takata Corp. have been indicted on wire fraud charges in connection with its production of faulty air bags that sometimes exploded.

The executives were accused of deceiving automakers about the safety of the air bags, report the Washington Post, the Wall Street Journal (sub. req.) and the New York Times. Their indictment Friday comes as federal prosecutors announced a settlement with the Takata Corp. in a criminal case related to the air bags, the Detroit News reports.

The company pleaded guilty to wire fraud and agreed to pay $1 billion in criminal penalties, according to a Justice Department press release. The company has already reached a $70 million settlement with the National Highway Traffic Safety Administration.

The $1 billion penalty includes $975 million in restitution and a $25 million fine. Two restitution funds will be created: a $125 million fund for persons who were injured by the air bags and have not reached settlements with Takata, and an $850 million fund for airbag recall and replacement costs incurred by auto manufacturers.

The exploding air bags have been linked to 11 deaths and 184 injuries in the United States, according to the Wall Street Journal. Federal regulators have ordered a recall of the faulty air bags, with priority being given to states where high temperatures and humidity make the air bags more prone to rupture.

Story was updated at 1:40 p.m. to include details of corporate settlement.