Making the global case for climate rule of law 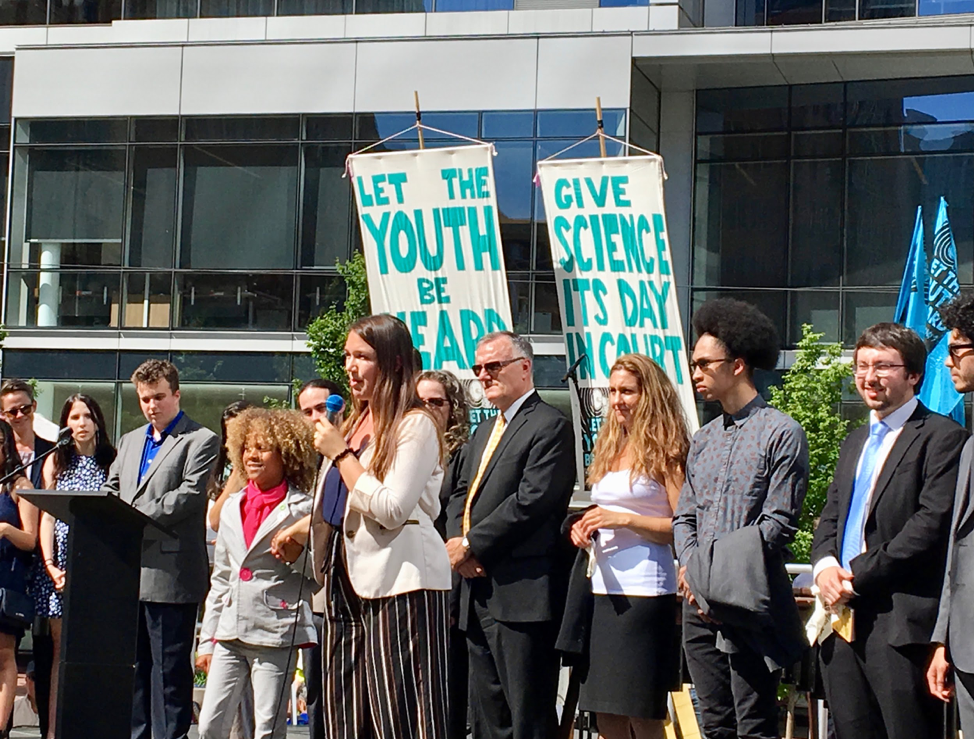 Youth plaintiffs and their lawyers in the Juliana v. U.S. climate case speak to supporters after an appellate oral argument on June 4.

In early 2017, after two years as deputy director of the ABA Rule of Law Initiative’s Beijing, China, office and four years managing ROLI’s programs in China, I relocated to ROLI’s Washington, D.C.-based headquarters to expand its global environmental rule of law programs. One such program I have had the great privilege to help build is the global lead paint elimination project.

Through that project, ROLI and partners, led by UN Environment, promote environmental health by assisting countries to draft laws restricting lead in paint. These restrictions allow countries to better protect children’s cognitive and development potential—children’s intellectual birthright. I am extremely proud to have helped ROLI address this and other critical environmental rule of law problems.

In the past two years of developing ROLI’s environmental programs, I have endeavored to create projects focusing on another birthright of future generations: the fundamental right to a safe climate capable of supporting human life. I felt it urgent to work on the tremendous global warming challenge, as the warming-generated climate crisis poses an existential threat to every single one of us and to all living things collectively. It endangers the most basic aspects of our planet’s habitability, including water availability, food security and a temperature range that can sustain human life.

By threatening the very foundations of life, global warming sends destabilizing tremors up through society’s building blocks, institutions and systems. Today’s youth and the generations to come will face the worst consequences.

The principles for which ROLI stands—including the rule of law as a means to promote justice, economic opportunity and human dignity—are vulnerable to this destabilization. The UN special rapporteur on extreme poverty and human rights has warned of a coming “climate apartheid,” a social Darwinian dystopia where only those with financial means can truly survive a hotter planet while everyone else suffers from lethal heat waves, severe storms, disease, food insecurity and lack of water access.

The rapporteur states that lower income communities and countries will face the worst consequences, with developing countries estimated to spend 75% of the total cost required to adapt to a hotter planet, though the poorest half of the world have only been responsible for some 10% of carbon emissions. Such circumstances place the rule of law and individual rights at great risk. As the special rapporteur admonished in his report to the Human Rights Council, “human rights might not survive the coming upheaval.”

We are already seeing the fingerprint of climate change in critical law and governance problems beyond traditional “environmental protection.” In addition to the refugees fleeing coastal areas and Pacific Islands that may be uninhabitable within 11 years, recent research is also showing links between climate change and, for example, the wave of Central American migrants fleeing to the U.S., the entrenched Syrian civil war, and the rise of extremist organizations.

While it is difficult to prove that climate change caused specific crises in a “but for” sense, the UN has recognized climate change as a “threat multiplier,” adopting the terminology and analysis of highly regarded military and security experts that climate change pushes volatile situations past critical tipping points.

At ROLI, I have observed the difficulty in promoting the rule of law and its institutions even in the best of circumstances, and we are already far from the best of circumstances. As former ABA Center for Global Programs Director Elizabeth Andersen wrote last year, rule of law around the world is facing disturbing trends, including “threats to civil society, seemingly intractable conflict and a populist (and popular) backlash … ” In an increasingly hotter world, as the UN special rapporteur rightly points out, rule of law and rights challenges become much more dire. 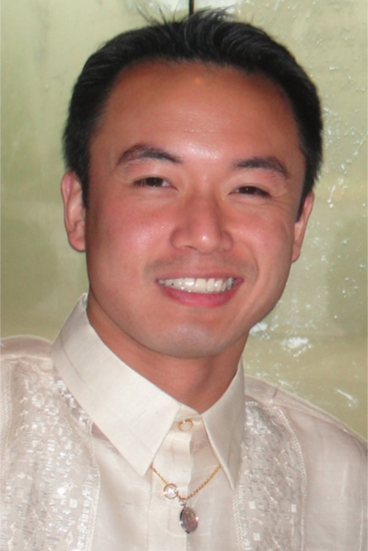 This year has seen another series of unprecedented climate events, including the Earth’s hottest month since records began, Arctic wildfires releasing more carbon into the atmosphere than Belgium did in all of 2018, permafrost loss in the Arctic exceeding estimates by 70 years, the melting of Greenland’s ice sheet contributing an historic amount to sea level rise, and fires in the Amazon rainforest plunging São Paulo into daytime darkness. Nearly all of these and similar events are, in turn, releasing more carbon into the atmosphere, generating more warming, more extreme weather and more destabilization.

Despite knowing the dangers of global warming, virtually no government, large company or other entity able to significantly reduce global greenhouse gas emissions is doing enough to mitigate those emissions and safeguard the planet’s habitability. Instead, many governments continue to subsidize fossil fuels, spending a total of $4.7 trillion in 2015 (6.3% of global GDP), according to an International Monetary Fund report; this spending has continued despite a 2009 G20 commitment to reduce fossil fuel subsidies.

Simultaneously, a report by the International Institute for Sustainable Development calculates that just 10% to 30% of fossil fuel subsidies would pay for a global transition to clean energy. Economists and financiers, including the Bank of England’s governor, warn that delays in transitioning could trigger another global financial crisis. (To be fair, clean energy is growing significantly but not quickly enough.)

If governments cannot be persuaded to decarbonize and enact science-based, climate-protective policies, then they must be compelled to do so based on their obligations to protect fundamental rights. A growing number of countries recognize citizens’ express environmental rights, and courts must require governments to act to protect those rights. Other countries, including the U.S., may not expressly recognize environmental rights, but do recognize fundamental rights such as those to life, liberty and property. These recognized rights are left profoundly vulnerable if catastrophic climate change damages the planet’s habitability.

Opponents of such climate litigation believe that energy policy decisions are generally outside courts’ purview and lie solely within the political process. They argue that fundamental rights do not protect humankind from continued carbon emissions, even as cities sink below the sea and whole regions become unlivable. This logic leads to the absurd result that we are legally powerless to defend our right to life against the carbon emissions destroying our ability to live. If the rule of law is able to promote justice, it must be able to prevent such catastrophic outcomes.

The scale of effort needed to combat the climate crisis has been likened to the worldwide mass mobilization of World War II. Recognizing and protecting the legal right to a safe climate capable of supporting human life must play a role in that mobilization.

Last month, I began a new position at Our Children’s Trust, an advocacy organization bringing and supporting strategic climate litigation including its flagship case Juliana v. United States, in which 21 youth plaintiffs are suing over the impact of the government’s long-standing support for fossil fuels on their due process, equal protection and public trust rights, seeking a court order mandating that the federal government take action to protect those rights. As part of OCT’s Global Program, I focus on non-U.S. cases in partnership with local lawyers, organizations and youth.

My decision to move on from ROLI was difficult, but I ultimately felt compelled to focus on the climate crisis. We should all contribute to the fight however we can. We should help implement the ABA House of Delegates’ recent resolution urging all government levels, the U.S. Congress, lawyers and others to take aggressive action to address the climate crisis.

We should act individually and collectively, calling on legislators and policymakers to expedite a just transition off fossil fuels and to promote science-based climate recovery policies; supporting and volunteering with lawyers, youth and organizations engaged in domestic or international work on climate change and climate justice; and combating the destructive anti-science, anti-facts trend among political leaders and decision-makers. Science, the scientific method and the relentless pursuit of truth made humanity’s meteoric rise possible over the past two centuries; now, we require them to ensure our survival.

For my part, I will join my new colleagues at OCT and advocate for applying the rule of law to stop harmful government conduct that simultaneously threatens our children’s lives and the justice, economic opportunity and human dignity ROLI works tirelessly to promote. In over six years at ROLI, I have had the immense privilege of working with dedicated, inspiring and highly expert co-workers, partners and pro bono volunteers. As I say “goodbye for now,” I hope my future work will help them continue to succeed in theirs.

Jay Monteverde is a staff attorney at Our Children’s Trust and focuses on a combination of international, U.S. federal and U.S. state climate litigation. He was formerly ABA ROLI’s director of global environmental programming, leading ROLI’s environmental focuses on topics including environmental rule of law capacity building, legislative reform and increasing public participation, and access to justice. He has also previously been deputy director of ROLI’s China program and an assistant attorney general in the Illinois Attorney General’s Special Litigation Bureau. He is on Twitter at @jaymonteverde0 and can be reached at [email protected]

Disclaimer: The views and opinions expressed in this article are the author’s own and do not necessarily reflect the views of ABA ROLI.