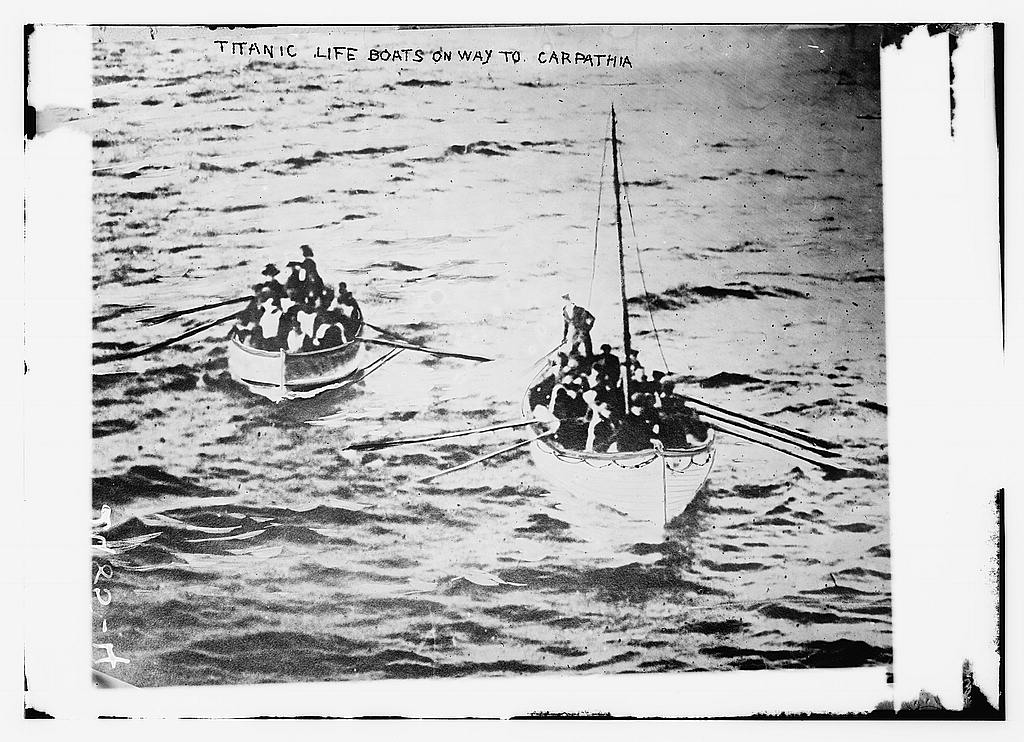 Titanic lifeboats on way to the Carpathia.
Photo courtesy of the Library of Congress.

As the 100th anniversary looms of the shipwreck of the Titanic on its doomed maiden voyage—in which at least 1,500 people died after the massive ocean liner struck an iceberg on April 14, 1912 and went down in frigid waters—some of the simple facts that led to its destruction are being forgotten, says a fellow with an Australian think tank.

Although the plot of the Titanic movie starring Leonard DiCaprio and Kate Winslet has led even some serious historians to adopt its line that the ship’s builders and owners balked at the cost of having an adequate number of lifeboats on board, that isn’t true, writes Chris Berg in a Wall Street Journal opinion piece. He is a fellow of the Institute of Public Affairs in Melbourne.

While there was a serious lifeboat shortage on the Titanic, it wasn’t money but a combination of an outdated British Board of Trade regulation and a lack of forethought concerning the purpose of the regulation that caused the disastrous number of deaths, Berg contends.

The Board of Trade had anticipated much smaller ships when setting lifeboat requirements some 20 years earlier. And, in a common reaction to such government standard-setting, those responsible for implementing the rules focused on compliance rather than what they were supposed to accomplish.

Further, no one thought at the time that a ship—especially one as big and well-built as the Titantic—would suddenly go down, Berg explains. The expectation was that lifeboats would be needed only to ferry groups of passengers to other nearby vessels, thus enabling them to be used repeatedly before the stricken ship became submerged.

He calls the shipwreck of the Titanic “the most iconic regulatory failure of the 20th century.”

Washington Post: “Even if Titanic wasn’t unsinkable, fascination with it seems to be”