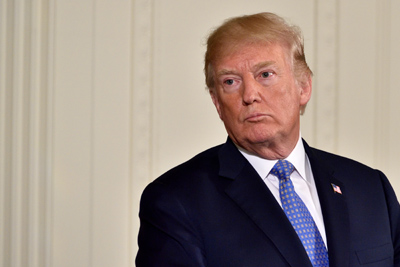 President Donald Trump’s latest financial disclosure form reports that he paid more than $100,000 to his personal lawyer, Michael Cohen, as reimbursement for a payment to a third party.

The Office of Government Ethics released the disclosure form on Wednesday

Citizens for Responsibility and Ethics in Washington has contended that Trump should have reported the reimbursement last year. The Ethics in Government Act requires the president to disclose any liabilities that total more than $10,000 that occurred in the previous year, according to BuzzFeed News.

Trump’s latest form said the reimbursement was being reported “in the interest of transparency,” though it did not have to be disclosed as a reportable liability. Trump lawyer Rudy Giuliani has characterized the repayment as taken from funds paid as a retainer for Cohen’s legal services that didn’t have to be listed as a debt, according to the BuzzFeed story.

The disclosure shows Trump had at least $511 million in income in 2017, according to Bloomberg.