Trump tweets about possible campaign informant, while Giuliani isn't sure 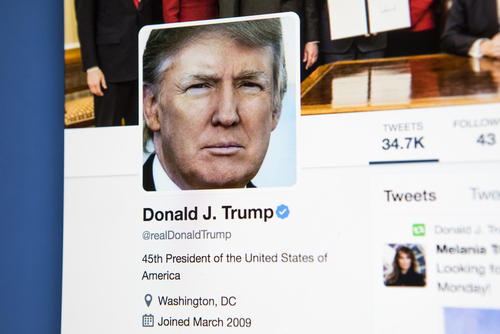 President Donald Trump tweeted Friday about a possible FBI informant in his campaign, but his lawyer, Rudy Giuliani, said neither he nor the president knows for sure if it really happened.

In a tweet, Trump said the Justice Department “apparently put a spy in the Trump campaign” and “they are out to frame Donald Trump for crimes he didn’t commit.” He called the purported spying an “all time biggest political scandal.” Courthouse News Service, the Houston Chronicle, CBS News, the National Review and Fox News have stories.

Trump also tweeted about the possible informant on Thursday, referencing a television appearance by National Review contributing editor Andrew McCarthy in which he said there was likely at least one confidential informant in the campaign.

“If so, this is bigger than Watergate!” Trump tweeted.

Despite Trump’s tweets, Giuliani, told CNN Friday that they are unsure whether it happened. “Here’s the issue that I really feel strongly about with this informant, if there is one,” he said. “First of all, I don’t know for sure, nor does the president, if there really was. We’re told that.”

Giuliani says Trump’s legal team has been told, off the record, that “there were two embedded people in the campaign” and the Times report confirmed that.

If there was an embedded person, Giuliani said, “that person cleared us because the FBI cleared us.”

Giuliani told Fox & Friends on Thursday that, if the FBI did spy on the campaign, former FBI director James Comey should be prosecuted.

Giuliani also told CNN that the special counsel has trimmed the list of potential questions for Trump. There are now only two subject areas, rather than five, he said.

Wow, word seems to be coming out that the Obama FBI “SPIED ON THE TRUMP CAMPAIGN WITH AN EMBEDDED INFORMANT.” Andrew McCarthy says, “There’s probably no doubt that they had at least one confidential informant in the campaign.” If so, this is bigger than Watergate!

“Apparently the DOJ put a Spy in the Trump Campaign. This has never been done before and by any means necessary, they are out to frame Donald Trump for crimes he didn’t commit.” David Asman @LouDobbs @GreggJarrett Really bad stuff!

Reports are there was indeed at least one FBI representative implanted, for political purposes, into my campaign for president. It took place very early on, and long before the phony Russia Hoax became a “hot” Fake News story. If true - all time biggest political scandal!