Law firms are already inside some US Wal-Marts 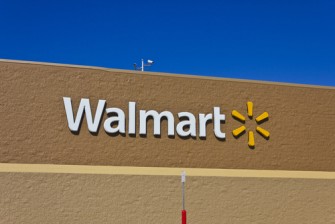 When Evan Kaine, a personal injury attorney in Atlanta read a story in the May 2016 issue of the ABA Journal about Axess Law opening up offices in Wal-Mart in Canada, he remembered reading a line about whether these firms would soon be in your backyard.

“My reaction was: ‘Yes it is going to be in your backyard,’” Kaine says. “In fact, it already is.”

His firm, Kaine Law, has offices inside three Atlanta-area Wal-Marts. Kaine says that he opened his first Wal-Mart office in 2012 before expanding to two additional stores last year.

Like many lawyers, Kaine had seen the statistic about how 80 percent of all low-income Americans have unmet civil legal needs. To that end, he came up with the idea to set up shop in an area where most of those underrepresented people shop.

Kaine says his offices are full-service, although he emphasizes that he has built up relationships with a number of other local firms that specialize in different areas of the law and often refers work to them. In fact, he estimates that he only keeps about 20 percent of the cases that come into the Wal-Mart offices. Kaine says the Wal-Mart offices operate on a fixed-fee basis and even offer a number of free services, including a basic last will and testament and notary public services.

“It’s about being able to offer a service to the community,” he says. “We have to minimize the stigma of expensive attorneys.”

There’s a reason why Kaine’s Wal-Mart offices have received very little publicity. “We kept it quiet for a number of reasons,” he says. “The legal industry does not welcome change, and we wanted to make sure our model was sustainable before we went public with it.” Indeed, he’s kept such a low profile that when The Law Store opened offices inside Wal-Marts in Joplin and Neosho, Missouri, on June 1, they believed that they were the first firm in America to do it.

According to Kurt Benecke, chief operating officer of The Law Store, the firm had been analyzing the legal market for over a year and could see a giant gap in terms of delivery of legal services between traditional hourly rate lawyers and do-it-yourself sites like LegalZoom. “People were not getting the legal services they needed,” Benecke says. “We wanted to step into that gap and provide legal services for everyday people.”

When the local Wal-Mart started looking for additional services to provide for their customers, The Law Store jumped at the opportunity. “Wal-Mart is where people go,” Benecke says. “The activity of the community used to center around the city square. Now it’s Wal-Mart.”

Similarly to Kaine Law, Benecke says The Law Store is full service. Unlike their Atlanta counterparts, The Law Store actually handles a variety of cases without referring them to other firms. The firm handles estate planning, family law, traffic violations and misdemeanors, and some personal injury and workers compensation claims. According to Katrina Richards, the head of public relations for the firm, The Law Store provides a menu of its services and will charge clients a fixed fee.

“We want to be as transparent as possible,” Richards says. “We want the consumer to know what they’re purchasing and what their price will be. No hourly billing.” Richards says the firm will also offer fingerprinting services and are currently in talks to become a Transportation Security Administration precheck provider.

Meanwhile, Benecke plans on utilizing technology to help better serve the firm’s clients. The Law Store provides clients with an online portal so that they may track their cases. Additionally, clients can fill out forms at home and submit them through the portal.

“We’re building a platform that will allow us to become more automated,” Benecke says. “That way we can be more efficient and user-friendly. Plus, it allows us to reduce our overhead and enables us to pass those savings to the customer.”

Kaine hopes to expand, but is taking a more cautious approach. “We hope to open more offices but want to do it in a more systematic, calculated way. Expansion doesn’t do any good if the firm can’t serve the public.”