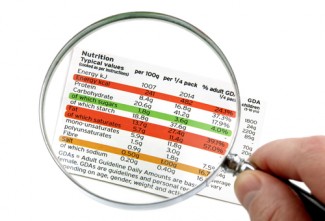 An increasing number of class action lawsuits are being filed against the food and beverage industry as activists challenge corporate claims about their humane and sustainable practices.

The New York Times reports on lawsuit allegations by activists who are frustrated by federal oversight of food supply claims. Advocacy groups are challenging claims that turkeys are raised by “independent family farmers,” that cheese contains “no antibiotics,” and that chickens are raised in a “humane and environmentally responsible” environment.

The New York Times cited information by Perkins Coie, which reported that, in 2020, class action plaintiffs filed a record-setting 220 lawsuits against the food and beverage industry, up from 19 such cases in 2008. The largest category of cases was false labeling, accounting for 110 of the new lawsuits filed in 2020.

One of the biggest claims—in 58 lawsuits—was that products flavored with vanilla can’t derive the flavor from products other than pure vanilla or vanilla extract, according to the Perkins Coie report. Courts tossed several of those claims, and Perkins Coie said the trend “could be nearing its endpoint.”

But the law firm said it is closely monitoring an emerging area of litigation concerning claims about corporate animal welfare or environmental practices. Seven such cases were filed last year, involving terms such as “humane” or “free range” used to describe the treatment of animals. Suits also take issue with terms such as “all natural.”

The New York Times described one case challenging global food corporation Cargill’s claim that its turkeys come from “independent family farmers.” Six advocacy groups allege in a petition filed with the Federal Trade Commission that Cargill exploits the contract farmers who must incur debt for costly equipment to comply with mandated practices.

The petition said the turkeys in Cargill’s supply chain are “crowded by the tens of thousands into massive, barren industrial warehouses,” where the buildup of “excrement creates unsanitary conditions.”

Cargill told the New York Times that the allegations are without merit, and the company “conducts business in a legal, ethical and responsible manner.”

One bill would address some of the issues raised by advocates by creating a standardized system of labels for product information. The bill would also require regulators to define terms such as “healthy” and “whole grain.”

Activists have had some successes, according to the New York Times. Ben & Jerry’s no longer touts that its milk and cream come from “happy cows.” And General Mills stopped claiming that its Nature Valley granola bars as “made with 100% natural whole grain oats” amid claims that they contained trace amounts of the herbicide glyphosate. And some deceptive advertising cases have settled through a review by the National Advertising Division of the nonprofit group BBB National Programs.

Updated Sept. 8 at 9:30 a.m. to report that the National Advertising Division is part of the BBB National Programs.