'We will not stand by and say nothing' when democratic principles are challenged, ABA president says 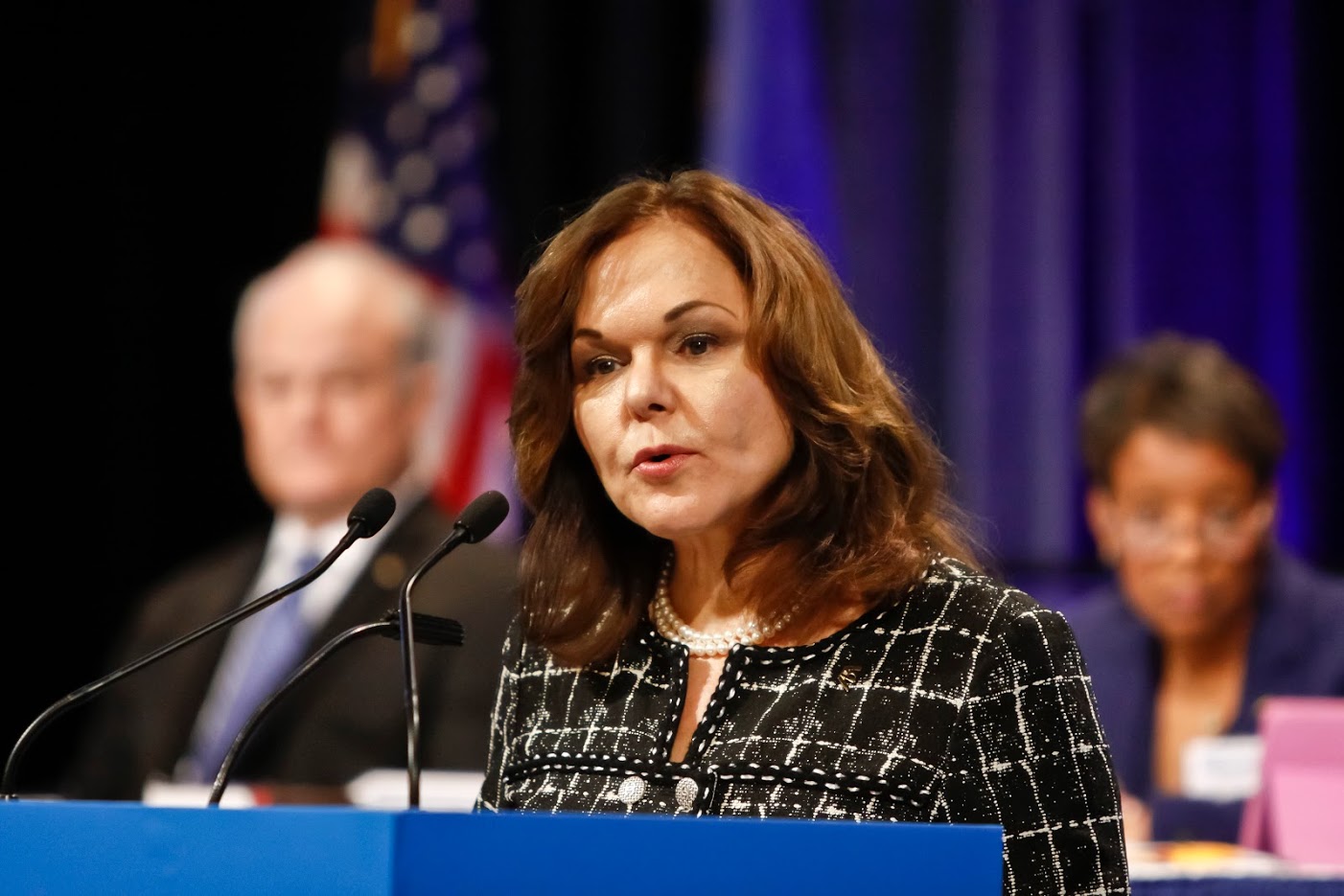 In her first six months as ABA president, Hilarie Bass has traveled the globe, visiting a dozen countries and some 30 cities.

She shared one moment from those visits with the ABA’s House of Delegates on Monday.

While visiting Vietnam a couple of weeks ago, the ABA delegation was moved by a visit to a small province where 56 lawyers serve a population of 1.6 million. There, an elderly man told them: “You come from a great nation. We know that we need your help to make our nation great by providing assistance to our lawyers. Please come back and help us.”

Bass said the story and reception in Vietnam is not unique. No matter where she goes, she is struck by how welcomed she is as the representative of the U.S. legal system.

Bass told delegates that it’s important for the ABA not to take that power for granted or misuse it. Quoting Dr. Martin Luther King, Bass said: “Nothing in this world is more dangerous than sincere ignorance and conscientious stupidity.”

We know what happens when people sit by as bystanders and say nothing, she said. “The leaders of the ABA will not stand by and say nothing when others challenge the legal principle on which our democracy is based.”

Bass noted the various ways the ABA during her presidency is leveraging resources and speaking out on important issues and initiatives:

• In August, she directed the launch of ABA Legal Fact Check to clarify the law on topics in the public discourse. Topics have included how hate speech is regulated, the scope of executive pardons, and the history of executive orders.

• During her term, the ABA’s Governmental Affairs Office has focused on immigration reform, criminal justice reform, tax reform, and statements, including one recently that special counsel Robert Mueller shouldn’t be undermined in his work. Bass praised the ABA GAO as “laser-focused to speak out and defend the constitutional principles on which our democracy is based.”

• The ABA Standing Committee on the Federal Judiciary was praised by Bass for its “unwavering” focus on providing thorough peer reviews of federal judicial candidates. During the Trump administration, the committee has reviewed an “unprecedented” 60 judicial candidates. Of those only four have been found to be not qualified.

Bass updated the House on her presidential initiatives involving homeless youth, the study of long-term careers for women in the law, legal education and the criminalization of poverty in the United States.

Bass also urged delegates to pass a resolution before them on sexual harassment, an issue she noted is the focus of a forthcoming book from the ABA Commission on Women in the Profession, Zero Tolerance: Modern Practices for Combating Sex-Based Harassment in the Legal Profession.

View her full remarks to the House here: